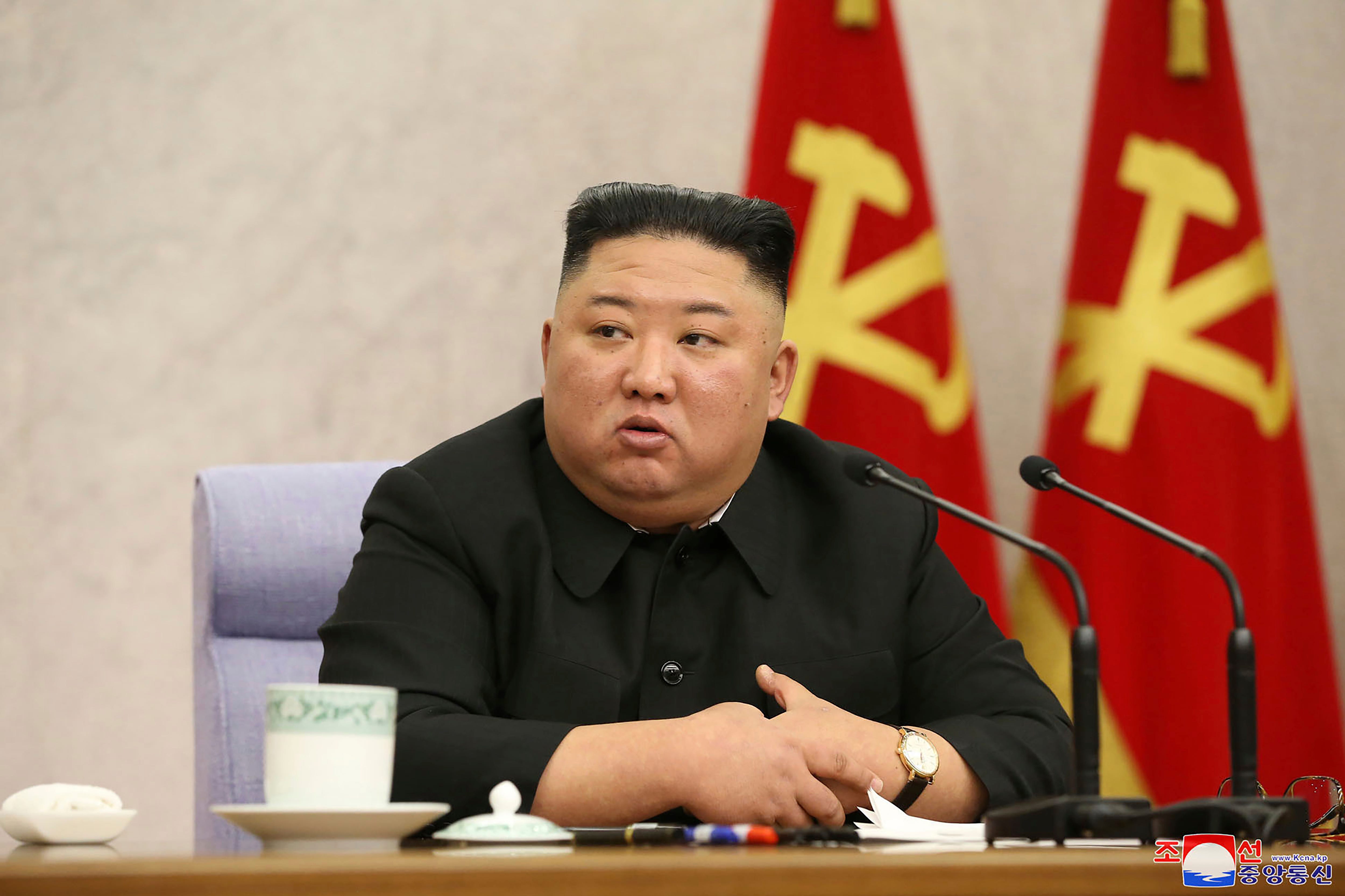 Seoul, South Korea — North Korean leader Kim Jong Un has presided over a meeting of his ruling party in his first public appearance in about a month, and called for a larger political conference to discuss efforts to salvage a decaying economy.

The North’s official Korean Central News Agency said Saturday that Kim expressed appreciation that a lot of works were being sped up thanks to the “ideological enthusiasm and fighting spirit of self-reliance” demonstrated by the party and his people.

But he also said there was a need to correct “deflective matters” and called for a plenary meeting of the Workers’ Party’s Central Committee to review overall state affairs for the first half of 2021. The party announced that the plenary meeting was set for early June.

Kim’s appearance at Friday’s Politburo meeting was the first time he showed himself in public since May 6, when he held a photo session with families of North Korean soldiers.

The Workers’ Party last held a plenary meeting of Central Committee members in February, when Kim ripped into state economic agencies for their “passive and self-protecting tendencies” in setting their annual goals.

While Kim said Friday that North Korea was continuing to face challenges brought by “unfavorable subjective and objective conditions and environment,” the KCNA report did not mention any comments he made toward the United States or South Korea.

North Korea has so far ignored the allies’ calls to resume nuclear negotiations that have stalled since the collapse of the second summit between Kim and former President Donald Trump in February 2019. The Americans then rejected North Koreans’ demands for lifting sanctions in exchange for a piecemeal deal toward partially surrendering their nuclear capabilities.

Following a meeting last month in Washington, President Joe Biden and South Korean President Moon Jae-in said in a joint statement that Washington would take a “calibrated and practical approach that is open to and will explore diplomacy” with Pyongyang.

But North Korea has questioned the sincerity of the proposals and claimed that Biden’s agreement to end Washington’s decades-long range restrictions that capped South Korea’s missile development, which was announced after his meeting with Moon, demonstrated continuing U.S. hostility toward the North.

U.S. officials have suggested Biden would adopt a middle ground policy between his predecessors – Trump’s direct dealings with Kim and Barack Obama’s “strategic patience.” But some experts say Washington won’t likely provide the North with meaningful sanctions relief unless it takes concrete denuclearization steps first. Kim has vowed to strengthen his nuclear weapons program in recent political speeches, while saying that the fate of bilateral relations depends on whether Washington discards what he perceives as hostile policies.

During a rare ruling party congress in January, Kim urged his people to be resilient in the struggle for economic self-reliance. He called for reasserting greater state control over the economy, boosting agricultural production and prioritizing the development of chemicals and metal industries.

Experts say such sectors are crucial to North Korean hopes to revitalize industrial production that has been decimated by sanctions and halted imports of factory materials amid the pandemic.