They’re the stuff of nightmares, blunt-nosed, pointy-eared, devilish-looking critters that feed in the night and roost during the day.

They live in unkept attics, under bridges, in hollowed trees and in the dark corners of our minds.

Only Count Dracula could love such a critter, right?

But bats are actually really good for humans, especially here in Southwest Florida. They don’t actually attack us or morph into vampires. And no, they’re not blind.

Turns out, they eat insects like mosquitoes, and they don’t really like people at all, especially not as a food source.

“They generally avoid direct contact with people and would likely only bite in defense if handled,” said Terry Doonan, mammal conservation coordinator for the Florida Fish and Wildlife Conservation Commission, the state agency charged with protecting listed wildlife like the endangered gray and Florida bonneted bats. “Bats are very beneficial to the environment. Bats that are insectivores — like bats found in Florida — provide a natural source of pest control. A single bat may eat hundreds of insects in one night.”

A cloud of bats

Florida is home to more than a dozen species, such as the Rafinesque’s big-eared bat, the Seminole bat, the Southeastern Myotis and the velvety free-tailed bat.

“The Brazilian (or Mexican) free-tailed bat is probably the most abundant bat species in Southwest Florida,” Doonan said. “They use a broad range of habitats. They are colonial, which means they prefer to roost in groups, and are most often found roosting in some type of structure.”

“The Northern yellow bat is also considered common in Southwest Florida,” Doonan said. “However, this species is considered solitary — meaning they prefer to roost alone — and is most likely to occur in forested areas, or other areas where there are many trees. They are often found roosting in Spanish moss.”

The famed Florida bonneted bat, the largest in the state, lives here, too.

This species grows to about the size of a large chicken egg. 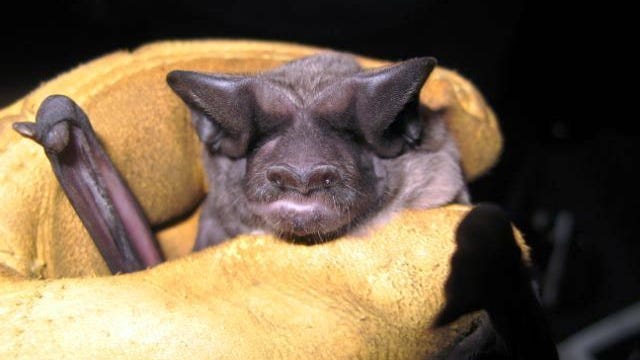 “They typically roost in tree cavities in small colonies and can be found in areas such as pine flatwoods forests as well as urban areas,” Doonan said.

He also pointed to the economic value of bats.

“It’s actually estimated that bats save the U.S. billions of dollars each year by removing agriculture insects that can spread disease and damage crops,” he explained. “In some parts of the world, including the Caribbean area, there are bats that are frugivores, primarily eating fruit, and they serve as important pollinators and seed dispersers.”

Bats are also the only mammal capable of true flight, Doonan said.

“The wings of bats are supported by bones that are equivalent to those in our arms and hands,” Doonan said. “Extend your arms out and turn your hands so that your thumbs are pointed up and then you’ll see what that looks like.”

And they live quite a long time for a small mammal.

“Many bats have long lifespans,” Doonan said. “Bats that live in Florida may live 10 to 30 years. That is important because bats reproduce slowly. Female bats typically give birth to only one to two pups per year. So, if a bat population suffers some disaster that kills many of the bats, then it can take a long time for the population to overcome that loss.”

Verity Mathis, the mammal collections manager for the Florida Museum of History, said many species have adapted to humans and development, often taking to buildings and other structures to roost.

“They like man-made structures so tend to be in many urban areas,” Mathis said. “They usually start to emerge from their roosts shortly after sunset. The ones we have in our bat houses here on campus emerge about 15 minutes after sunset every evening.”

Mathis is obviously a fan of bats, but he also cautions against handling the critters because they can transmit diseases to humans.

“I think they are very cute and furry — their fur is often quite soft,” Mathis said. “However, one should never handle bats unless trained to do so and properly prepared, and especially do not handle them bare-handed.”

He said bats aren’t mad at people, and that they don’t bite humans unless grabbed or harassed.

“Bats will never go out of their way to harm anyone, but they can bite to defend themselves, just like any wild animal,” Mathis said. “In our research, we handle bats the bare minimum needed to collect our data and then release them safely, so we tend to not care for them for any length of time.”

Although they’re not fond of humans, people often help injured bats by notifying local wildlife rehabilitation experts, who say you should never handle a bat.

The Center for the Rehabilitation for Wildlife, or CROW, on Sanibel sometimes treats bats, with the hopes of releasing them back into the wild.

“For us, we see a different side of them. people have preconceived ideas of what bats do but we’re handling a species that is a pollinator species and an insect eater,” said Breanna Frankel, a CROW wildlife rehabilitator. “For us to be able to work with them is a true honor.”

Frankel said some bats arrive at CROW dehydrated, and that the staff feeds them a combination of worm and insect juices.

And bats will vibrate their entire bodies when making noises, whether audible to humans or not.

“They make high-pitched sounds like a clicking noise” Frankel said. “And it’s usually when they are stressed or angry. A relatively calm bat will make some low-pitch frequency that we can’t hear. But you can actually feel them vibrating when they’re making the sound regardless whether you can hear it or not.”

She thinks they’re warm and furry, too.

“Their ears are really soft, they actually remind me of possum ears,” Frankel said. “They’re relatively large because they need to hear well when echolocating and locating their prey.”

Frankel and the rest of the staff are vaccinated against certain diseases that can be transmitted from sick animals to humans.

“Rabies affects a very small portion of bats, but the general public should not handle bats, whether alive, injured, sick or dead,” Doonan said. “Biologists and other professionals trained to work with bats are typically rabies vaccinated and are skilled at gently handling them when needed.” 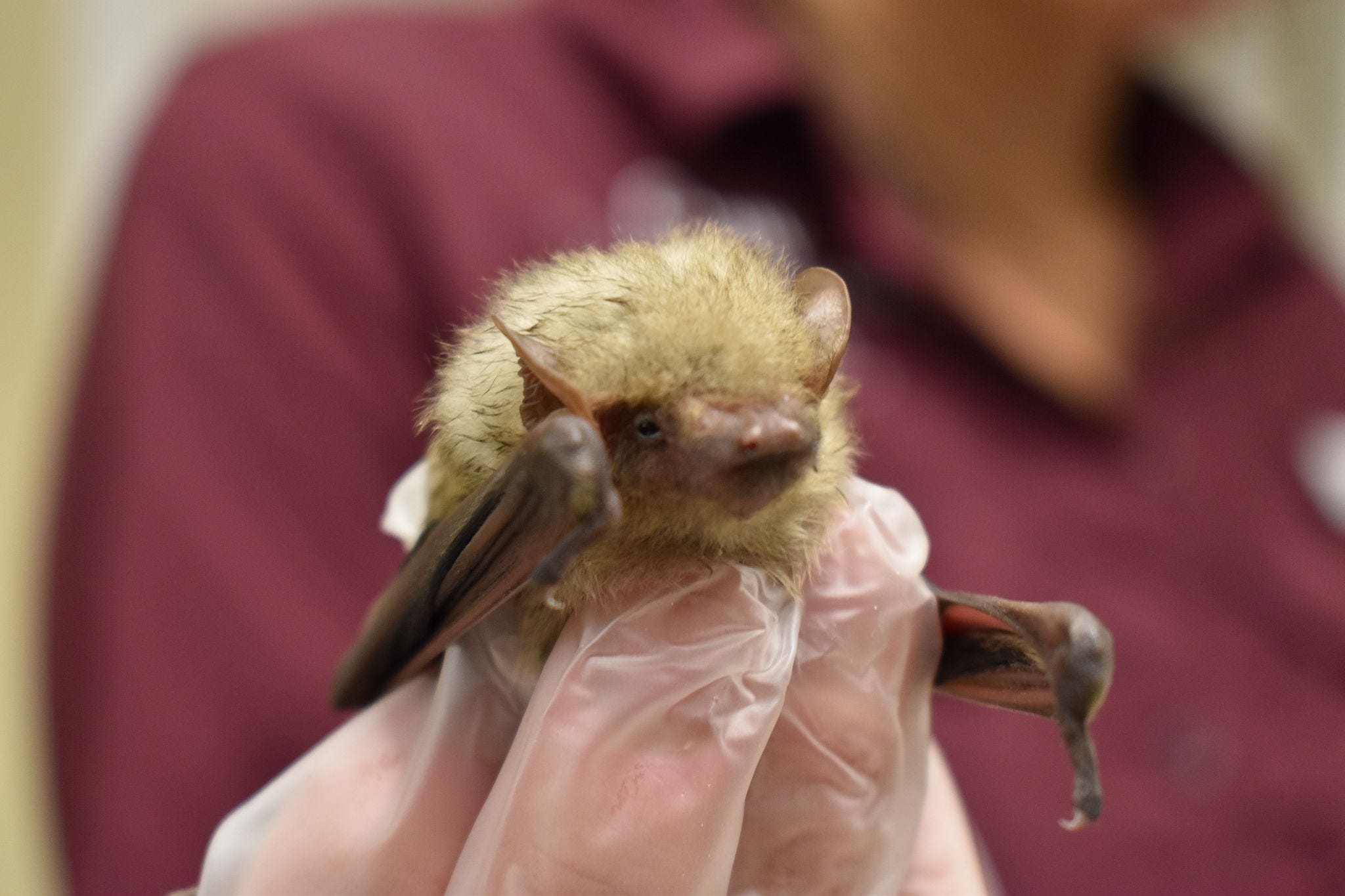