Charges against two of five suspects who were believed to be involved in a North Fort Myers road rage attack on Jan. 9, have been dropped and their cases have been closed.

The cases against Ramon Medina Santiago, 32, of Lehigh Acres, and Roberto DelToro, 35, of Naples, were closed according to the Lee County Clerk of Court’s office, and their arraignments cancelled.

Previously, Stephan Carrion-Velazquez, 31, of Lehigh Acres, , and Kevin Cordero, 27, of Lehigh Acres, were charged in connection to the incident, but according to Lee County Court records both of their cases have also been closed.

Still active in the incident is a case against Jermin Deleon, 37, of Cape Coral. He turned himself in Jan. 21, was charged with aggravated battery and criminal mischief and released from Lee County Jail the same day after posting $55,000 bond.

Deleon is to appear Monday for an arraignment before Judge Nicholas R. Thompson.

On Jan. 9, a motorist confronted six motorcyclists after they were speeding recklessly and once the suspects got violent, he tried to defend himself, according to the sheriff’s office.

The suspects drove off, but the driver’s dash camera recorded the incident.

A sixth cyclist was sought but never apprehended. 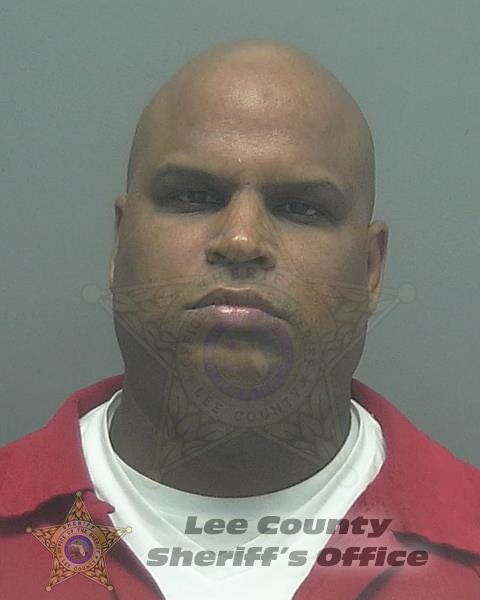