HARRISBURG — Pennsylvania is moving to take over the online health insurance exchange that’s been operated by the federal government since 2014, saying it can cut health insurance costs for the hundreds of thousands who buy the individual Affordable Care Act policies.

New legislation unveiled Tuesday has high-level support in Pennsylvania’s House of Representatives, with the chamber’s Republican and Democratic floor leaders as the bill’s lead co-sponsors.

A House committee vote was scheduled for Wednesday, underscoring the urgency of the legislation.

The bill is backed by Gov. Tom Wolf, a Democrat, and his administration says it would make two important changes to reduce premiums for the 400,000 people who purchase health insurance through the Healthcare.gov online marketplace.

The administration is pressing for the bill to pass the Republican-controlled Legislature this month in the hope that savings measures can be in partial effect in 2020 and in full effect in 2021.

One of those savings measures is on the cost to operate the online exchange.

Those reimbursements allow insurers to lower premiums across the board within the state’s insurance marketplace, health insurance policy analysts say.

Its analysis shows that consumers would see premiums that are 5% to 10% lower than what they would otherwise pay, Wolf’s administration said. 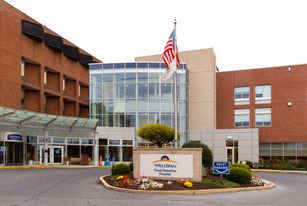 Another central Pa. hospital system and health insurer team up

It’s a continuation of trend that has both good and bad potential.

Twelve states built and operate their own exchanges, including determining eligibility and getting policy buyers enrolled with insurance companies. The Wolf administration said four other states are in the process of moving to their own exchange.

The Washington, D.C.-based nonpartisan Kaiser Family Foundation says seven other states have started a reinsurance program, and evidence from them shows that insurance premiums paid by consumers can drop.

The biggest challenge for states in starting a reinsurance program is figuring out where to get the state dollars to help pay for it, said Jennifer Tolbert, director of state health reform for the Kaiser Family Foundation.

Sabrina Corlette, a research professor at the Center on Health Insurance Reforms at Georgetown University, said Pennsylvania would be the first state to pay for the state share of the reinsurance program by capturing savings from running their own exchange.

Most other states have imposed an assessment on hospitals or insurance companies, Corlette said.

While states at first struggled with running their own exchanges in 2014, operating them has become cheaper and simpler as information technology systems have improved and become standardized, Corlette said.

Running its own exchange also gives the state more control over how it runs, Corlette said. In the meantime, Pennsylvania has gotten less value for its money as the Trump administration has cut back on the Healthcare.gov marketing budget and funding for navigators, Corlette said.


“So from the state’s perspective, they’re saying, ‘look, we can do this ourselves, more cheaply, and save consumers money in the process and we’re sending all this money to the federal government for diminishing returns,’” Corlette said.