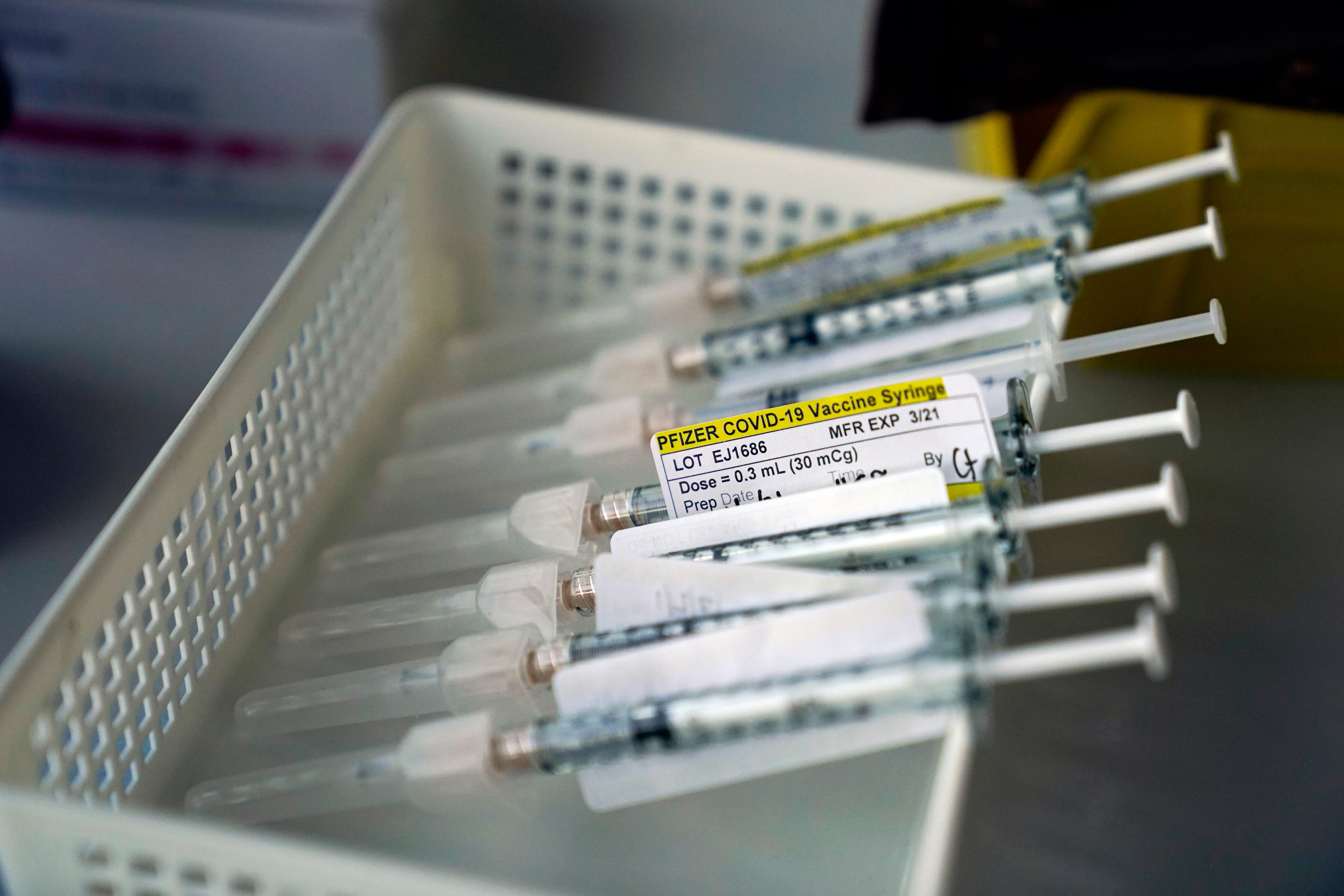 Pfizer Inc. Chief Executive Officer Albert Bourla said Friday that the company will use more of its manufacturing capacity and work with new suppliers to ramp up production of the COVID-19 vaccine it developed with BioNTech SE.

Appearing at a Pfizer plant in Michigan with President Joe Biden, Bourla said the company will employ additional capacity at its Kalamazoo site to produce the shot’s formulation as well as a component of the vaccine, known as lipids, which help deliver the genetic material into the body.

The drug giant also will increase lipid production capabilities at its plant in Groton, Connecticut, and add on so-called fill-finish capacity at its site in McPherson, Kansas. The fill-and-finish process is the final stage of production in which the shot is put into vials, packaged and shipped for distribution.

“We expect to increase the number of doses being shipped for the U.S. from an average of 5 million doses per week, which is the average now, to more than double,” Bourla said.

Bourla said Pfizer has tapped two new contract manufacturers, and is also increasing the supply of raw materials from existing suppliers. The CEO noted that the Biden administration had “significantly aided our effort” by using the Defense Production Act to help secure crucial raw materials and equipment used at its various facilities.

Bloomberg reported in January that Pfizer would be able to supply the U.S. with 200 million doses of its two-shot vaccine regimen by the end of May, two months sooner than previously expected. It was able to accelerate its delivery figures partially because of a change in the Covid vaccine’s label that allows health-care providers to extract an additional dose from each vial.

New York-based Pfizer and its German partner BioNTech will be able to deliver 120 million doses in the U.S. within the first quarter, Bourla told Bloomberg at the time. As of Feb. 17, the companies had supplied the nation with 40 million doses, the CEO said alongside the U.S. president on Friday.

Globally, Pfizer and BioNTech aim to produce a total of 2 billion doses before year end.

On Thursday, Israeli researchers said a study found a single dose of the Pfizer-BioNTech vaccine reduced Covid infections by 85% among health-care workers. The results appeared to bolster the idea that governments could speed immunization by delaying the second dose, thus reaching a broader population with supply of the first.

Bourla said Pfizer is evaluating extending the dosing schedule but that current trial data doesn’t support the idea. “We do not know what will happen if we do not administer the second dose, how long this duration of immunity will last.”

At divided time, Ohio unites behind statue of John Glenn

Diverse group of cities have highest rates of gay households

Lions mailbag, Part 1: Will Detroit bring back any of its top receivers, or will it pass?