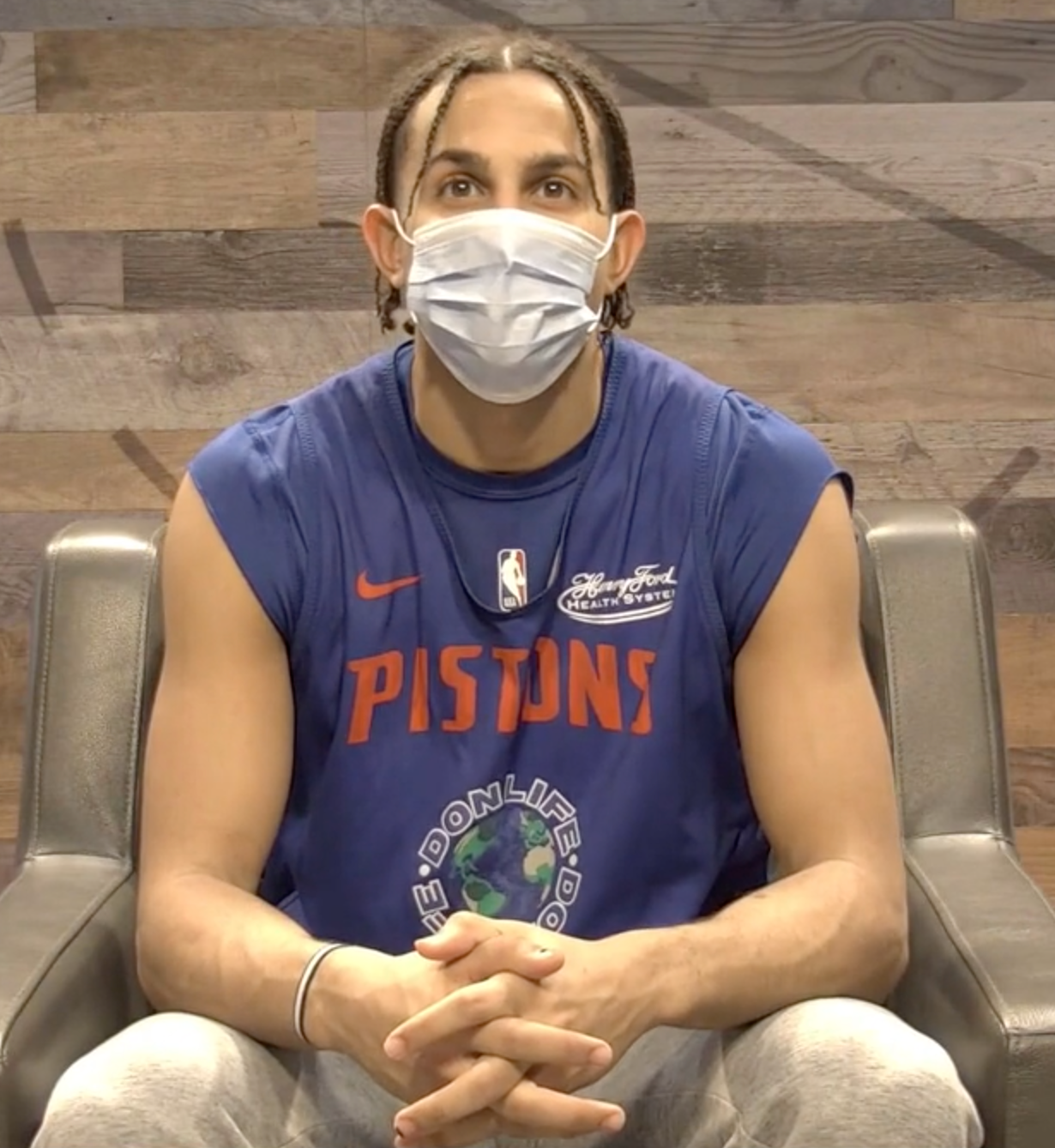 Almost like school or a social gathering, many people look to find a familiar face to get comfortable and help them feel more at ease. Sometimes, it’s just knowing one person can help make everything easier.

With point guard Frank Jackson coming to a new situation with the Pistons, finding that face made the transition a bit easier for him, as he settled in. For him, that friendly face was former Duke player Jahlil Okafor.

Although they weren’t at Duke at the same time — Jackson was a couple of years later — they knew each other and had remained in contact in Jackson’s two seasons in the NBA.

“The fact that I’m here, he’s already said a few times that he’s happy about that because I’ve been able to help him and give him the lay of the land from my three weeks that I was here before he was,” Okafor joked. “It definitely helps having somebody that you have some history with.”

Jackson, on a two-way contract, is the Pistons’ third point guard, but he’s found some minutes because of the injury to Killian Hayes and when Derrick Rose was out Sunday against the Utah Jazz, Jackson was the next option.

In that game, Jackson had three points, four rebounds and three assists in 12 minutes and has hit a 3-pointer in each of the last two games. Though he’s not yet familiar with the offense, Jackson provides some NBA experience that has earned him a look with the Pistons.

In previous years, Jackson has made an impression on coach Dwane Casey, which helped get him the opportunity.

“I really like Frank. I’ve liked him for a long time, even when I was in Toronto. He used to come into games and kick our butts,” Casey said. “Luckily, we’ve got him on our team now and unfortunately, he’s a two-way guy but he’s another one of the young guys that is going to come into the program and be what we need. “He’s a quick-twitch kid, an offensive player who’s tough on the ball and he has a lot of toughness about him. I’ve always liked from afar so I’m glad he’s with us.”

Subscription: Observations: Pistons rise to level of their premium competition

Jackson, 22, said in his two seasons with the New Orleans Pelicans, they ran some of the same sets as the Pistons, but some of the terminologies are different. There are some different nuances and having to learn those has been the biggest transition.

As he is with Hayes, Rose has been a big help in trying to help the learning curve and to help make things make sense. Jackson has noticed that Rose is more than just a player who can get anywhere he wants to on the court; he’s also a good veteran who helps young players.

“I didn’t realize how great of a leader he was. He really brings the squad together, gets guys fired up and he leads by example as well,” Jackson said. “It’s really cool to be around someone with as much knowledge and experiences as he has. I’ve looked up to him ever since I can remember, so it’s honestly unreal being around him.”

Casey said that Jackson is playing mostly out of necessity, but with his age and potential, he could fit in the development timeline with the rest of the team. That doesn’t mean he’ll take minutes away from their other young point guard, second-round pick Saben Lee.

Lee has played sparingly this season, but Casey said they’re looking all the options more than just choosing one player over the other.

“They can be very complementary. It’s nothing against Saben, but Frank’s got a little bit more experience playing in the NBA. That’s one reason why we used him against Utah the other day,” Casey said. “(Saben) could probably come in and do some of the same things, but (Jackson) has a little more experience to play with that second unit and that’s the only reason why.

“They could complement each other easily because Saben is a true point guard, where Saben is a (combo guard).”

Outlook: The Pistons have lost meetings with the Bucks by double digits this season and haven’t been able to slow down Giannis Antetokounmpo (43 and 25 points). Derrick Rose (left knee soreness) could return after missing Sunday’s game.

Guest opinion: Voices of Hope Gala shows children our community won’t give up on them