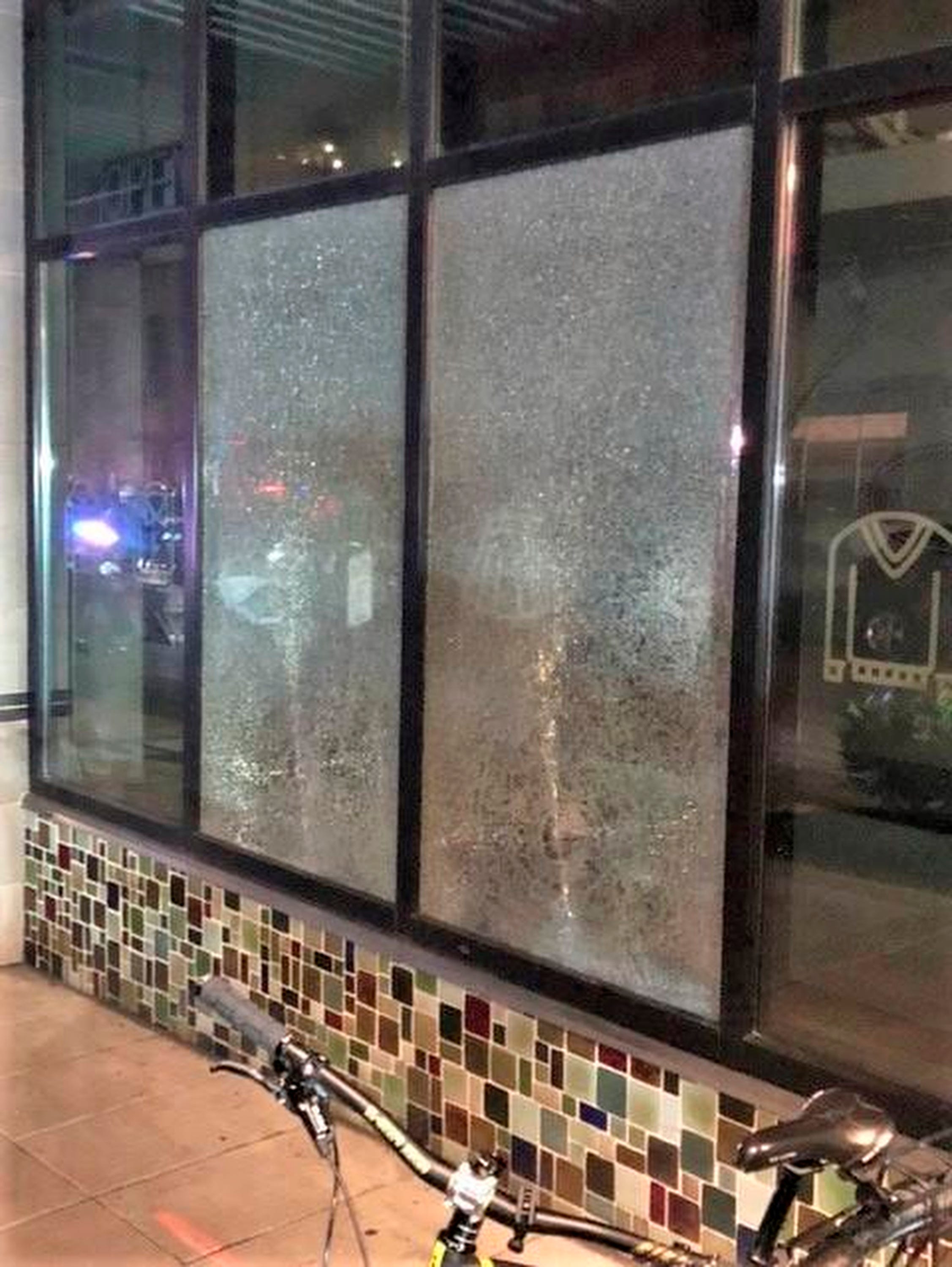 Portland, Ore. – Leaders and elected officials in Portland, Oregon, came together Monday to demand an end to violence, criminal destruction and intimidation by “anarchists” as destructive protests continue in the city.

For nearly nine months protesters have called for police reform and an end to systemic racism Portland, which has become a key city in the country’s racial reckoning. While officials say many events have been peaceful, there continues to be small groups smashing windows of businesses, threatening community members and assaulting police.

“The community is sick and tired of people engaging in criminal destruction and violence and doing it under the guise of some noble cause,” Mayor Ted Wheeler said during a news conference.

Images of the city spread across the country during the summer – photos of people grieving the police killing of George Floyd in Minneapolis, thousands of people lying down on a city bridge with their hands on their back, and people carrying “Black Lives Matter” signs.

Other photos showed officers emerging from clouds of tear gas, dozens of people dressed in all black and throwing fireworks at officers and rows of businesses with plywood covering windows.

In the background of many of the images is the Mark O. Hatfield Federal Courthouse, where federal officers had been stationed. Last week, fencing around the building was removed only to be reinstalled Sunday after multiple protests and vandalism in and around the building.

“The people who work here support the voices of racial and social justice and will not be intimidated from doing our jobs by the ugly graffiti or broken windows,” said Scott Erik Asphaug, U.S. attorney for the District of Oregon. “We do not confuse the voices of the many with the shouts of the few who hope to hold our city hostage by petty crime and violence.”

The Oregonian/OregonLive reported the Department of Justice has paid more than $1.5 million to repair damage to the courthouse.

Vandalism and destruction was not limited to the courthouse last week. On Thursday, vandals broke windows and tagged buildings downtown with anti-government and anti-police sentiments. Some even set fire to plywood boards mounted on the buildings, prompting federal agents to use tear gas on the crowd.

On Friday, about 100 people marched through the Pearl District, smashing windows and blocking the street using chairs and tables from outdoor dining areas. Police responded by creating a perimeter and detaining people in a block in a controversial tactic known as “kettling.”

Some threw rocks at officers and one person threw a full can of beer. Officers discovered numerous items left behind by the group including a crowbar, hammers, bear spray, slugging weapon with rocks, high impact slingshot and knives.

At least 13 people were charged with crimes

“I want to be clear that this was not a protest group,” said Chris Davis, Portland’s assistant police chief. “This was a group of people who have come to believe that they are entitled to damage other people’s property, threaten community members and assault police officers.”

Police said it was the same group they have encountered throughout the past nine months. Officials refer to the group as “self-described anarchist left” that is made up of mostly young white men.

“The misguided and miseducated anarchists reject civility and instead intentionally create mayhem through criminally destructive behavior tearing up our city. This must stop,” said former state Sen. Avel Gordly, a Black woman. “I say to them today, ‘Stop you are not helping, you are hurting Black people.’”

During the summer, right-wing groups were also responsible for violence in the city.

“We do not support criminal destruction – that applies to everyone regardless of your politics,” Wheeler said.


Cline is a corps member for The Associated Press/Report for America Statehouse News Initiative. Report for America is a nonprofit national service program that places journalists in local newsrooms to report on undercovered issues.

Ted Nugent, in Ted Nugent style, announces he has COVID-19