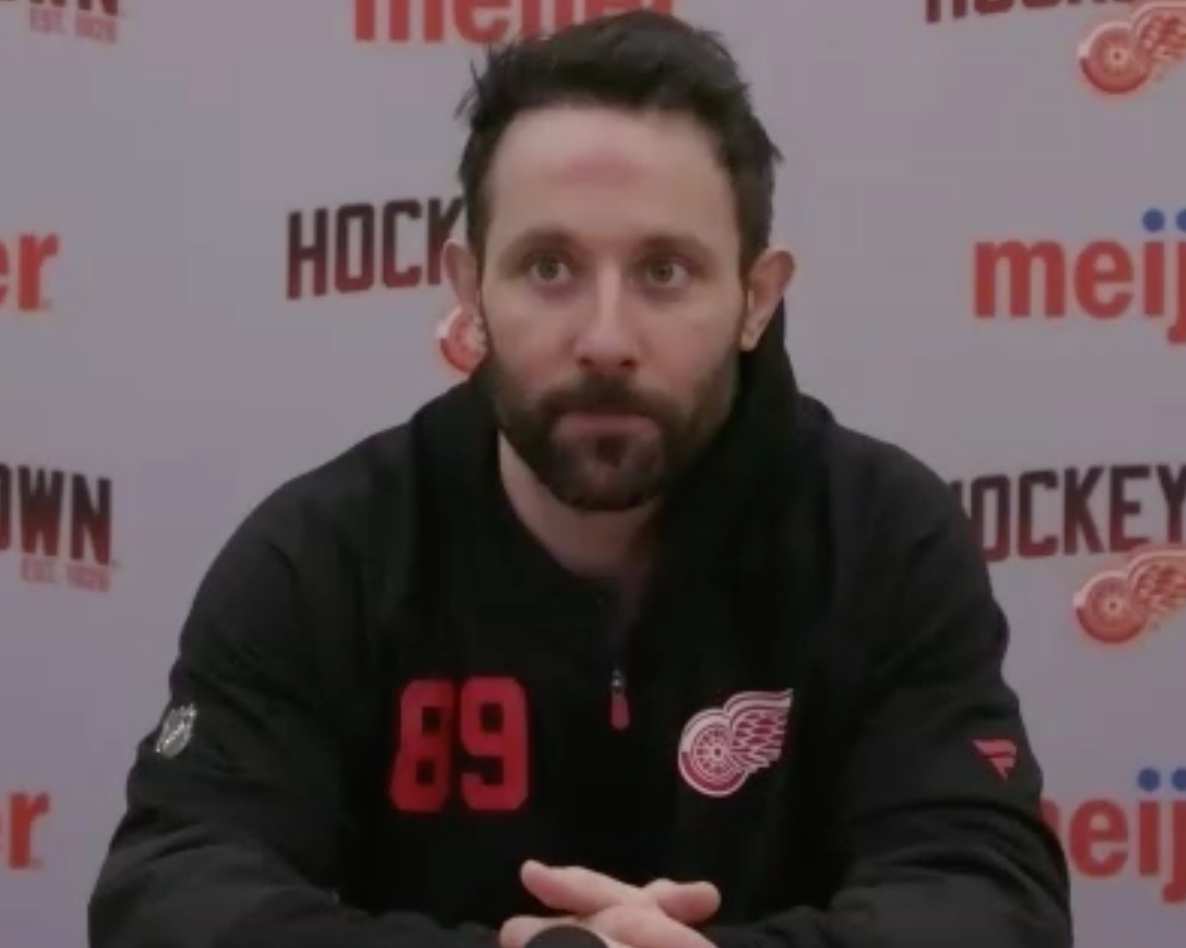 Wings’ Sam Gagner on Filip Zadina’s progress: ‘I like what I’ve seen from “Z”‘

Red Wings center Sam Gagner talks about the pressure of being a first-round pick like Filip Zadina, who has one goal in 10 games.

Detroit — Sam Gagner played his youth hockey for the Toronto Marlboros and cherished every aspect of it.

So when an opportunity to get involved and give back to the organization presented itself recently, Gagner jumped at the chance.

Gagner and fellow Marlboro alumni John Tavares (Toronto Maple Leafs) are in the process of taking control of the non-profit Marlboros’ organization.

The Marlboros would be the equivalent of a hockey organization such as Victory Honda, or Honeybaked, Belle Tire or Little Caesars, among others, locally.

“My minor hockey experience was incredible,” Gagner said Wednesday during a Zoom chat with reporters. “I’m still friends with a lot of the guys from my team, and I want to help create that experience for the next generation of players.”

We’re running a great deal through Feb. 18 for our new subscribers. Sign up here for just $1 for 6 months.

Tavares and Gagner were Marlboros teammates for two seasons, leading the team to an Ontario Hockey Cup Championship in 2005. Gagner was awarded the OHL Cup MVP.

Along with Tavares and Gagner, current players such as Connor McDavid (Edmonton), Jack (New Jersey) and Quinn Hughes (Vancouver), and Jason Spezza (Toronto) have gone through the Marlboros’ program.

It’s unclear how much of a role Gagner and Tavares would have until their NHL careers are over.

But Gagner stressed the importance of the kids having fun in minor hockey, and also developing them as good people as well as players, were two key factors.

“Part of it is creating opportunity for some kids who wouldn’t otherwise have it, that’s a important one that we’ll try to focus on,” Gagner said. “Throughout the organization we want to establish a culture from top to bottom that we’ll try to develop good hockey players but good people, and we want them to enjoy the game. Winning is important on the pro level and more and more it’s becoming the be-all-end-all at the minor hockey level.

“It’s important to establish a winning culture, but at the same time, we’re there to help develop people and help them enjoy the game and enjoy their experience. That’s going to be the main thing  for us.”

Gagner talked about how the NHL is a business, but hockey shouldn’t be that at the youth level.

“I don’t want any kids in our organization, or any parents, to feel that it’s big business at that level,” Gagner said, “because at times, it does feel that way and I want it to be a situation where the kids are empowered to come in and learn to be great people and great hockey players, and I feel there’s a lot of ways we can do that. It’ll be a great experience and it’s a great opportunity for us, and like I said, I’m really looking forward to the challenge of it.”

The Wings reassigned forward Givani Smith to minor-league affiliate Grand Rapids earlier this week, in a move not popular among Wings fans wanting to see more of the young power forward develop at the NHL level.

But the organization wants to see young prospects such as Smith play meaningful minutes, and in a variety of roles, at the minor league level, rather than playing infrequently in the NHL.

Smith, who was in and out of the Wings’ lineup, and not getting major minutes when he was playing, will get substantially more ice time in Grand Rapids. 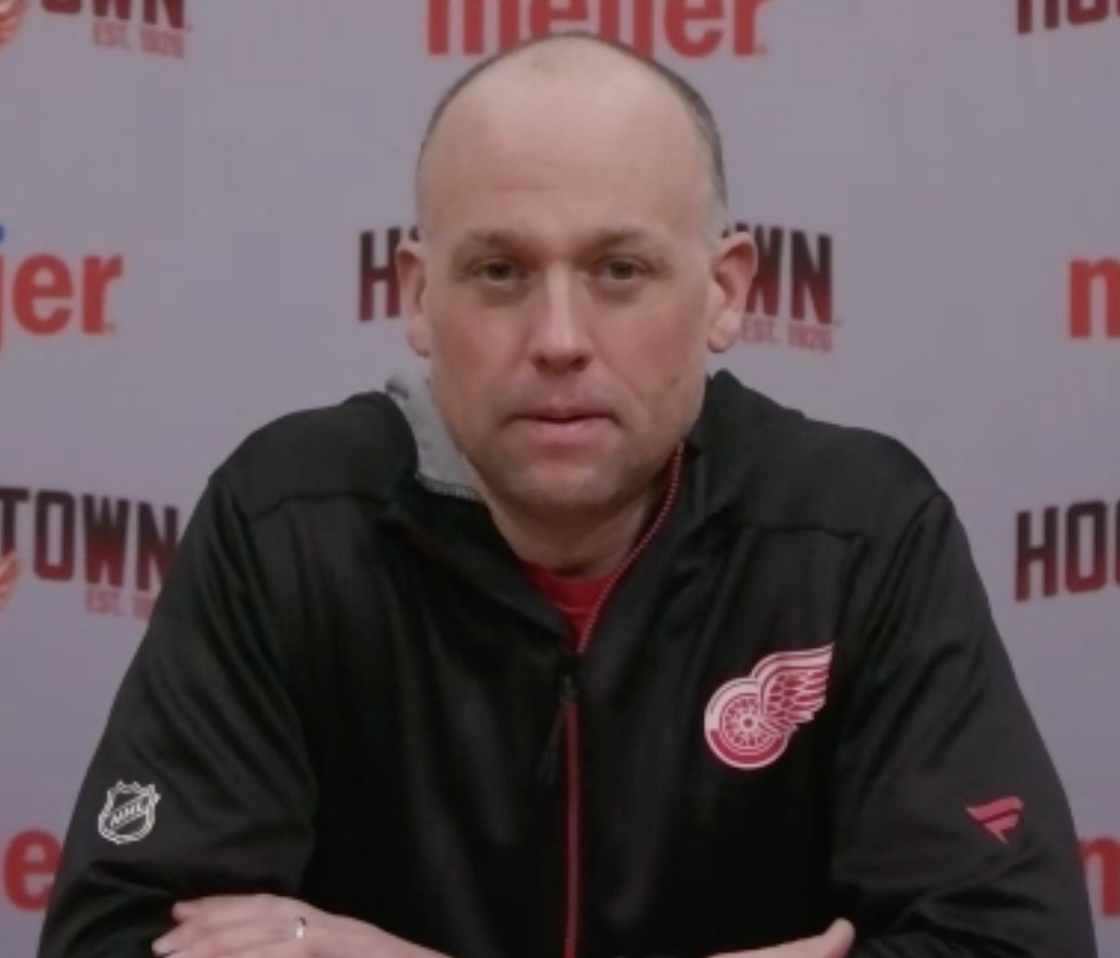 Coach Jeff Blashill on Givani Smith’s demotion to minors: ‘There’s a lot of raw ability there’

Red Wings coach Jeff Blashill talks about the development of Givani Smith, who was sent to Grand Rapids on Tuesday.

“An important part of the growth of these young players is playing,” Blashill said. “He had gotten himself in a spot where he wasn’t in the lineup, and when he was in the lineup, even the nights he was (higher) up the lineup, he wasn’t playing tons and tons of minutes, and there’s a lot to learn.”

Blashill feels there’s a lot of potential in Smith, 22, who showed glimpses of being effective around the net and adding an element of grit and physicality to the lineup.

“There’s a lot of raw ability, a lot I like about him,” Blashill said. “I like him as a person, I like him as a big body who can add a physical element. I like his hands. But he has a lot to learn, and the NHL is not a league to learn in.

“That’s what the American League is for, so he’s going to go back down and be able to play in numerous situations.”