San Francisco, like many places across the country, is struggling to balance public safety with constitutional protections. The ability to monitor in real time was requested by San Francisco Mayor London Breed and supported by merchants and residents who say police officers need more tools to combat drug dealing and retail theft that they say have marred the city’s quality of life. It is temporary and will sunset in 15 months.

The vote was 7-4, with some supervisors astonished that the governing board of politically liberal San Francisco would consider granting more powers to law enforcement, particularly at protests. Others pushed back, saying they were tired of sophisticated criminal networks taking advantage of San Francisco’s lax attitude toward retail theft and other property crimes.

Supervisor Aaron Peskin, a privacy advocate who successfully passed legislation in 2019 to ban the use of facial recognition software by San Francisco police and other city departments, said they worked hard to negotiate safeguards, including strict reporting requirements in when live monitoring was used and if it improved safety.

“I realized that is anathema to some,” said Peskin. “I am willing to give it a try.” 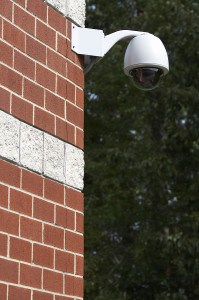 Police use of private surveillance equipment has ramped up across the country as a way to deter and investigate crime. Most usage is voluntary although a new ordinance in Houston mandates certain businesses – bars, nightclubs and convenience stores – to record outside their premises at all times and share footage with police when requested.

In San Francisco, the new policy comes after years of a tumultuous pandemic in which footage of rampant shoplifting and brutal attacks on Asian American seniors went viral, fueling a sense of unease and lawlessness.

Police can only monitor live for up to 24 hours, and only in true emergencies where lives are at stake or in a specific criminal investigation. They can also monitor live at large or high-profile events in order to decide where to deploy officers. Permission must be received from the individual, business or community district for access to their cameras. Only outdoor areas can be monitored.

The trial period will last 15 months, giving supervisors about a year’s worth of data to review before they decide to extend the pilot program, tweak it or kill it altogether, Peskin said.

More than two dozen groups called on the board to prohibit live surveillance except in emergencies and to create an independent auditing process to assess the program. Organizations, including the ACLU of Northern California, said the policy change will lead to broad police surveillance that will disproportionately impact African Americans, homeless people and the impoverished.

Board President Shamann Walton, who is African American and voted against the legislation, said police already have the tools to request video footage from private citizens and make arrests.

“I know the thought process is, ‘just trust us, just trust the police department.’ But the reality is people have been violating civil liberties since my ancestors were brought here from an entirely, completely different continent,” he said.

Mayor Breed thanked the board, saying live surveillance would allow the police “to respond to the challenges presented by organized criminal activity, homicides, gun violence,” and even officer misconduct.

In December, the mayor called for a crackdown in illegal vending and drug dealing in the Tenderloin, one of the poorest and most drug-infested neighborhoods in the city. At the time she announced she would seek legislation allowing law enforcement real-time access to surveillance video.

Despite her harsh words – Breed said it was time to be “less tolerant of all the bull – that has destroyed our city” – the neighborhood remains troubled.

In June, San Francisco’s progressive prosecutor Chesa Boudin was ousted from the district attorney’s office in a rare recall and replaced by Brooke Jenkins, who pledged to hold accountable drug dealers and other criminals who see San Francisco as an easy target. She supports the policy.

The proposal needs a second vote to become law, which is usually perfunctory and given the following week. Two members of the five-member police commission have requested the board hold off on the final vote until they have an opportunity to review the legislation.

Copyright 2022 Associated Press. All rights reserved. This material may not be published, broadcast, rewritten or redistributed.