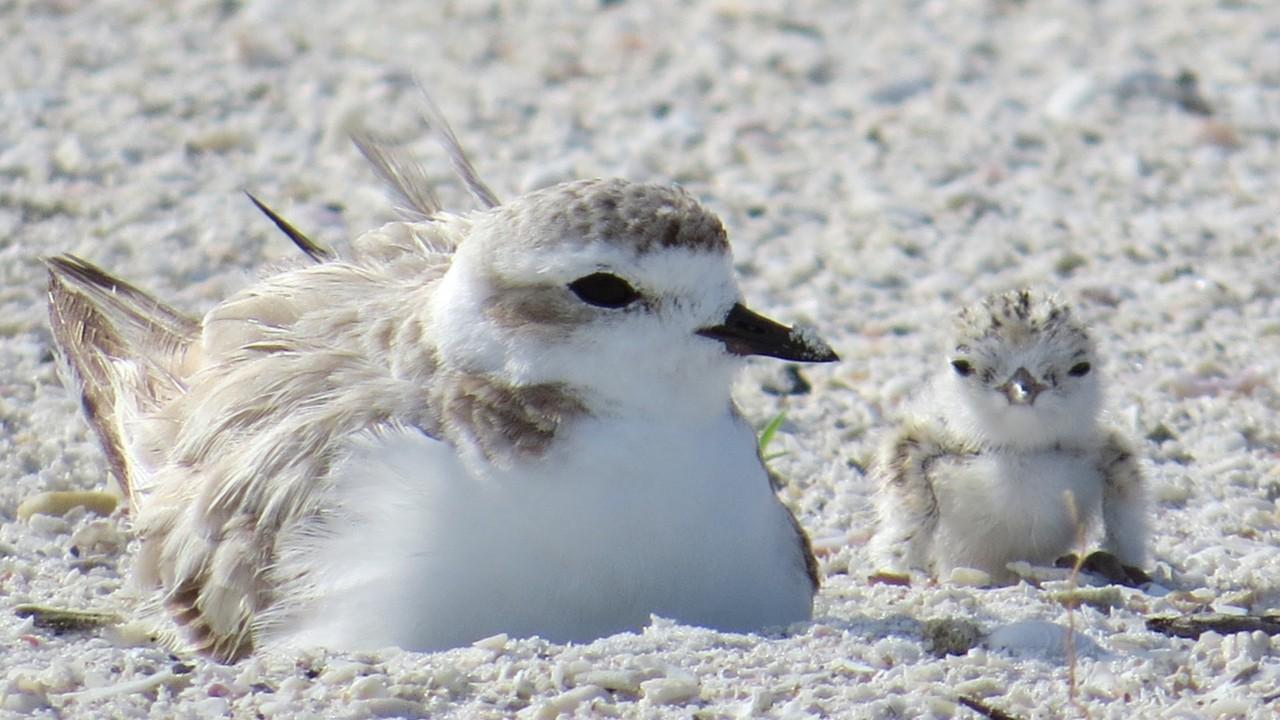 Nesting season for Florida’s waterbirds runs March through August on area beaches. You can help ensure their survival with these small steps.

In a year that’s already been tough on shorebirds, a second deadly wave is breaking in Lee County.

Over the past week, the island’s Clinic for the Rehabilitation of Wildlife has seen an influx of shorebird patients admissions, says spokesman Brian Bohlman, including sanderlings, laughing gulls, ring-billed gulls, ruddy turnstones and a least sandpiper.

“In total, more than 40 patients were admitted exhibiting symptoms consistent with red tide poisoning, also known as brevetoxicosis,” Bohlman wrote in an email.

The patient load of animals appearing to be sick from red tide has more than doubled from the same period last year and more than tripled from 2019.

And: Wading bird season coming to a peak, with thousands of birds nesting in Florida Everglades

In February, royal terms were hard-hit in both Lee and Collier, with hundreds of sick birds rescued and hospitalized. Many died.

Chronic, patchy red tide has appeared and disappeared throughout the region in 2021, with several dramatic localized bird and fish kills in both Lee and Collier counties earlier this year. So far, the most recent event, which started last week, seems confined to Lee.

CROW’s southern counterpart, the Conservancy of Southwest Florida’s von Arx Wildlife Hospital, isn’t reporting another surge. “At this time, we are not seeing an influx of sick shorebirds,” said hospital Director Joanna Fitzgerald.

Nor are Audubon’s shorebird stewards finding an unusual number of sick or dead birds along Collier beaches, said spokeswoman Erika Zambello. “We have not seen any this week,” she said, “But there’s been a big wind shift to the southeast with storm fronts blown out into the Gulf,” she said, which likely dispersed any concentrated red tide, she said. “So our fingers are certainly crossed.”

In Sarasota, Save Our Seabirds hasn’t had any recent spikes either, just a steady stream of featherless foundlings, said Operations Manager Jocelyn Shearer. “We’re in the middle of baby bird season, but so far, we’re not seeing an unusual amount of shorebirds, knock on wood.”

Among the shorebirds brought to CROW the past week was a tiny least sandpiper, the world’s smallest. Weighing in at about an ounce, the teeny dappled critters, affectionately called peeps by birders, skitter along looking for even teenier prey: mostly crustaceans and insects. Yet the diminutive creatures still manage annual transcontinental flights, according to the Cornell Lab of Ornithology, “(migrating) thousands of miles between (their) arctic breeding grounds and wintering grounds as far south as Chile and Brazil.”

But the one that SCCF shorebird biologist Audrey Albrecht found last week on Bunche Beach near the Sanibel Causeway was in no shape for such a trip. She and shorebird intern Aaron White had been surveying birds on on the beach, when White spotted the bird flopping around high up in the sand.  “Normally, most of these guys are going to be out on the mudflat feeding, ” Albrecht said, “But this one was alone up in the dunes and unable to fly, so I actually just walked right up and picked him up.”

It was even too weak to use its legs when Albrecht brought it to CROW, along with three sanderlings. After a four-day hospital stay, however, it was well enough to be freed Sunday.

Is red tide here? Tools to help beachgoers plan ahead

And: Bird advocates to those who snap selfies with shorebirds: Please give our feathered friends a break

That bird was luckier than 16 others brought in around the same time who’ve since died, while 10 more remain hospitalized. SCCF staff and volunteers brought in two laughing gulls, and a ring-billed gull between Wednesday and Friday last week, while concerned beachgoers rescued many others.

That the birds are falling ill during the time they’d normally be getting ready for their long-distance migration is especially worrisome, Albrecht says.

If not red tide, what is causing shorebirds to fall ill?

Researchers have yet to pinpoint what’s causing this round of trouble. Though early signs point to red tide, the Florida Fish and Wildlife Conservation Commission will test plasma samples sent by CROW for confirmation. Results should be available next month. There may well be something else at play. After disastrous dual red tide/blue-green algae blooms in 2018, a paper published earlier this year found many dead birds had been killed by an unusual infection of Bisgaard Taxon 40 bacteria.

During red tides, as toxins kill the foods smaller shorebirds normally eat like coquinas and small worms, “then you see them going after the killed fish and dead crabs, and you see them eating off of those and I believe that’s how they usually get sick from red tide,” she said.

This time, however, “I wasn’t seeing the usual things that happen with a red tide. I really haven’t been seeing dead fish on the beach,” Albrecht said, “so I’m not sure. We did collect some samples of what they would be eating from Bunche Beach and Sanibel, and they appear to be OK, so I personally am not sure 100% what’s going on. So we’re relying on our partners to help us figure that out.”

If you find dead birds on the beach, please report them to Florida Fish & Wildlife Commission’s Avian Mortality site: https://legacy.myfwc.com/bird/