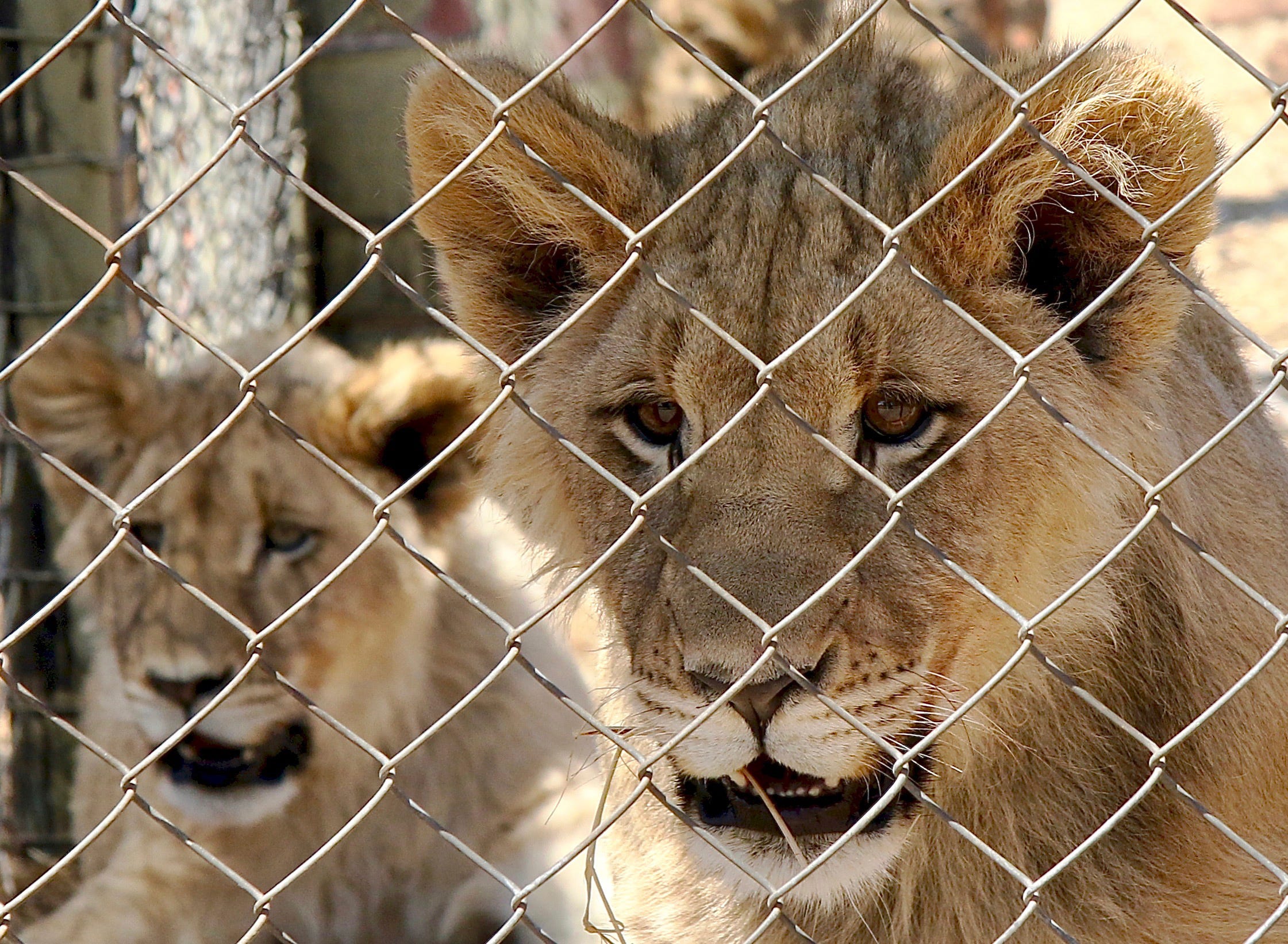 Cape Town, South Africa – South Africa says it will end its captive lion industry in a major move for conservation that would outlaw the heavily criticized “canned hunting” of the big cats and sale of their bones, as well as popular tourist experiences like petting cubs.

The policy, which still needs to be made into law, would effectively end the world’s legal lion bone trade. South Africa is the only country given a special dispensation by the Convention on International Trade in Endangered Species to sell and export lion bones, claws and teeth, and they have to be from captive lions. None of those parts from wild lions can be sold or traded anywhere.

South Africa’s announcement was praised by wildlife groups that want to see the iconic species left to live in the wild or in recognized conservation parks. They say the captive lion business in South Africa has been marked by disregard for the animals’ welfare in favor of profit.

Lions are kept in unhealthy and unethical conditions, conservationists say, and bred to ultimately be killed and their parts sold for trophies or for use in traditional medicines in Asia.

South Africa had made “a courageous decision” to end it, said Dr. Neil D’Cruze, the head of wildlife research at World Animal Protection. “This is no longer viewing the animals as commodities and how you can profit from them.”

The new policy will prohibit the keeping and breeding of lions in captivity and the use of any captive lion parts for commercial purposes.

South Africa has anywhere between 8,000 and 12,000 lions in captivity, according to various figures from the government and wildlife organizations. It’s the only country doing “intense breeding of lions,” said Neil Greenwood of the International Fund for Animal Welfare.

South Africa’s policy change was announced by Minister of Forestry, Fisheries and the Environment Barbara Creecy on Sunday after a yearlong study by a panel of experts. They recommended the industry be ended as it had a “negative impact” on conservation and on the country’s ecotourism image.

Wildlife experts, while happy with the policy, foresee a complicated process of shutting down an industry that has burgeoned into a multi-million dollar operation. And what will happen to the lions?

Government figures say there are around 8,000 captive lions, but Dr. Louise de Waal of the Blood Lions organization said their research showed between 10,000 and 12,000 in more than 450 facilities.

There are around 3,000 lions in the wild or conservation parks in South Africa, de Waal said, showing how the focus had become skewed toward breeding them in captivity.

“There needs to be a proper audit,” de Waal said. ”How many facilities and where, and how many lions do they have? There’s very little transparency.”

De Waal said cubs have been routinely ripped away from their mothers, who are forced into another breeding cycle and are sometimes made to breed three to four times more than they would in the wild. Lions are kept in enclosures with a lack of shelter, water and food. They suffer from malnutrition and disease and are sometimes left to die to avoid veterinary costs.

Conservationists especially welcomed the end of canned hunting, where lions raised in captivity are moved to slightly larger enclosures, then shot by paying hunters. The Born Free wildlife foundation called it “a truly toxic activity.”

“If your mandate was that you want to shoot a lion in an easy way, with not so much effort, then South Africa was your No. 1 destination,” Greenwood said.

Wild lion hunts are not affected and will continue, though they are strictly controlled in South Africa and only a small amount are allowed each year.

Seemingly less contentious is the petting of cubs and other human interactions with lions, but wildlife researcher D’Cruze said the cubs were generally poorly treated behind the scenes and the lions would inevitably be shot by hunters or slaughtered for their body parts.


Ahead of a complex process of implementing the policy, D’Cruze said the priority was to end captive lion breeding immediately.