Video: So you’ve had a crash, what now?

Here’s what you should do if you have been in a crash.

A Cape Coral man died Thursday after he was ejected from his vehicle in a single-vehicle crash on Diplomat Parkway East.

Cape Coral police stated in a news release that Humberto Munoz was speeding in his 2013 Mercedes in the 700 block of Diplomat Parkway East at 3:40 p.m. when he drove off the road, through a vacant lot and then struck a utility pole.

Witnesses said Munoz was approaching a curve in the road and continued straight, police reported.

He drove several hundred feet before striking the pole, which caused the vehicle to roll  multiple times.

Munoz was thrown from the vehicle onto the ground as it was rolling, the release states. The vehicle then rolled over Munoz, causing fatal injuries.

Police stated the crash was related to speed.

Both directions of Diplomat Parkway were closed for several hours while police investigated the crash.

Want more local news? If you’re already a subscriber, thank you! If not, please subscribe and help keep coverage of local news coming. 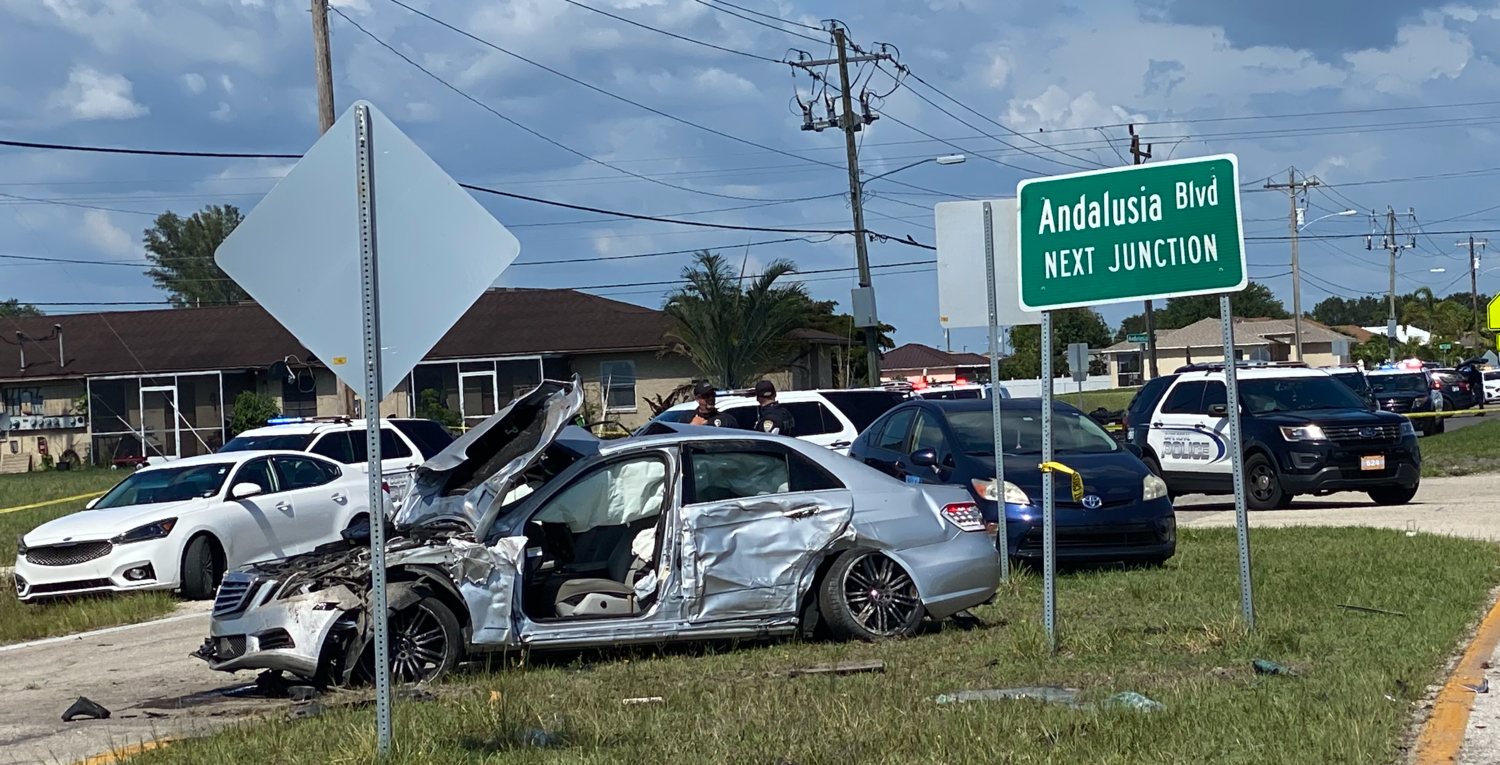