Star Wars: Episode 9 is in production now ahead of its release at the end of the year, with rumours, leaks and speculation continuing to pour out online. Of course nothing much is confirmed by Lucasfilm at the moment, apart from the principle cast, so take everything with a huge pinch of salt for the time being. But if accurate, this latest claim will certainly be of note for the more hardcore fans of the galaxy far, far away.

It stems from a new video posted by divisive YouTuber Mike Zeroh, who has 150,000+ subscribers and frequently posts videos pertaining to be leaks and details relating to the new movie – with mixed results.

He cites a “description” provided by unidentified sources as saying that a scene showing Rey trying to assemble a lightsaber will nod to Anakin and also to Ezra Bridger, a popular character from non-movie areas of Star Wars canon.

Anakin has been named in numerous other alleged leaks, but this link is much more subtle – involving his iconic saber.

“It’s described that Rey is inside a cave in a desrt world with many relics sitting in the background,” Zeroh said. 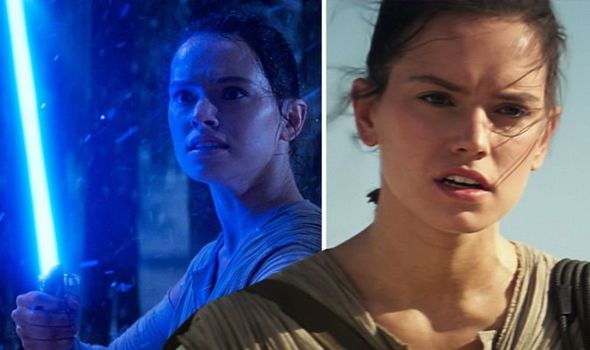 A SCENE in the upcoming Star Wars movie will tie-in not only to Anakin Skywalker but also another popular character from the franchise’s canon, according to a new alleged leak.

“It’s said this will be a major easter egg that many fans will pick up on.”

Zeroh does not credit his sources, so the reports must be approached with caution, but it certainly sounds feasible for this subtle nod to Ezra to make it to JJ Abrams’ movie.

Ezra was previously rumoured to be Benicio Del Toro’s character in 2017’s The Last Jedi, but this proved to be false: he played newcomer DJ instead.

Brian Herring, who operates the droid, tweeted: “Today was a wrap on BB-8. The last 5 years have been an amazing ride.

“Thanks to @jjabrams, Kathleen, Neal, #teamBB8 especially Dave and the entire cast & crew for the time of my life. Few people get to live the dream. Thank you.”