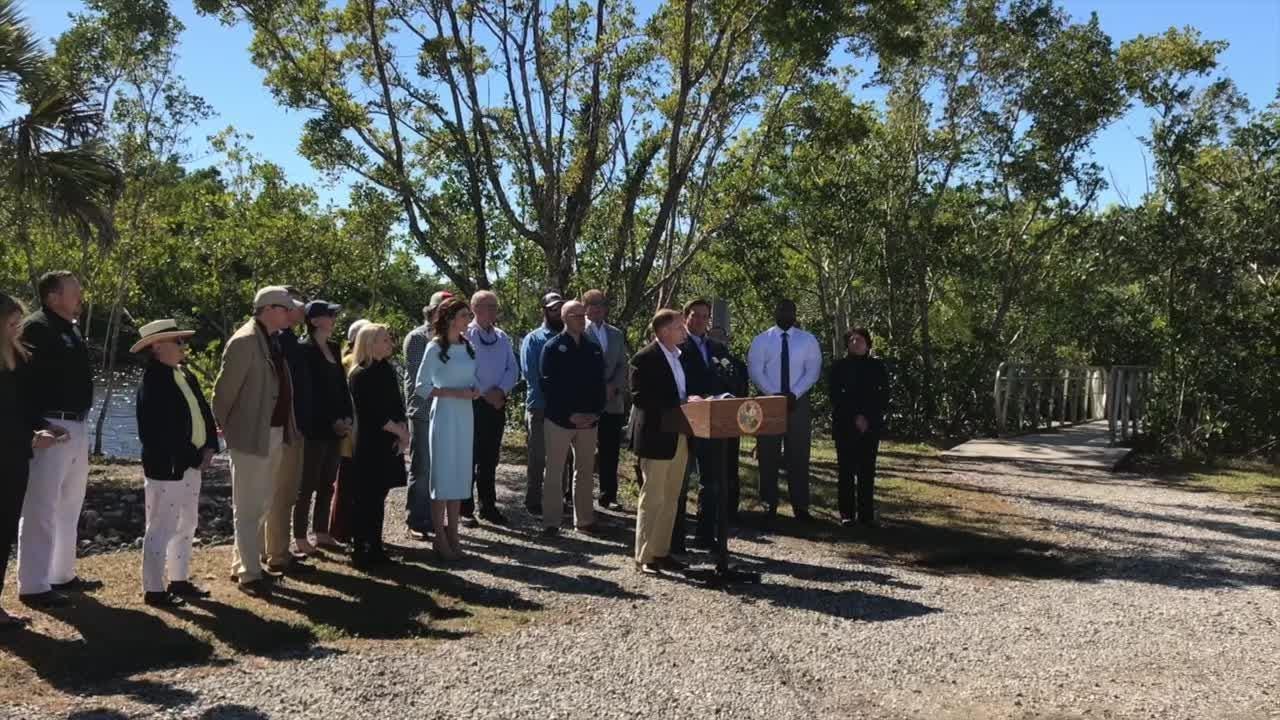 Two efforts are underway that could revise the Big Cypress Basin boundary and its board’s geographic authority.

The South Florida Water Management District has mapped out a revision of the water drainage area referred to as the Big Cypress Basin. State legislators in the House directed the water district in early 2020 to use a scientific approach to revise the boundary of the basin.

“The proposed boundaries shall be based solely upon the common watershed within the Big Cypress Basin and must be scientifically supported,” the bill directing the revisions says.

Big Cypress is one of two major watershed basins under the district.

A separate effort in the Florida senate seeks to expand the Big Cypress Basin board’s reach into parts of Lee County. The board currently sets regional policy, budget and millage rates for the basin’s flood protection efforts in Collier County and a portion of Monroe County.

State Sen. Ray Rodrigues (R – District 27) proposed the bill that would revise the board’s membership to include Lee County residents and distribute taxes collected by the basin board to projects within the counties from which they were collected.

Early last year, the Legislature tasked the water district with revising the map that outlines the physical boundary of the Big Cypress Basin.

“The scope of the study was very focused,” basin chairwoman Charlette Roman said. “The key there was it had to be a science-based delineation and we are prepared to provide that by the deadline.”

The draft revision outlines eight areas of revision and includes a report to be sent to Gov. Ron DeSantis, the state Senate president and the speaker of the state House of Representatives by Feb. 1.

“The main work of this project was to examine the entire existing sub basin and boundaries and where needed propose a revision to that sub basin based on this scientific approach,” he said.

The common element behind the eight revisions was updated data from the previous delineation. Higher resolution photography and better topographic data enabled the district to “get a better feel for the layout,” he said.

Land development and additional roads also played a role in changing the drainage patterns within the basin.

The effort to revise the basin boundary on maps does not expand the board members’ geographic oversight, but a state senate effort is seeking to do just that.

The basin board and staff will continue with its work while the revisions head to Tallahassee, Roman said. Gov. DeSantis recently appointed three new board members, one who is returning, and they are being brought up to speed with the basin’s daily activities.

Separate from the revised map, state Sen. Rodrigues’s effort to expand the authority of the basin’s board is working through the Legislature.

Rodrigues represents Florida’s District 27, which covers a large swath of Lee County. Efforts to reach the senator for comment were unsuccessful, as were efforts to reach Sen. Kathleen Passidomo (R – District 28), who represents Collier County and a portion of Lee.

The bill would enable portions of Lee County to be represented under the Big Cypress Basin rather than the Lake Okeechobee Basin, which is overseen by the greater South Florida Water Management District.

District spokesperson Sean Cooley said the basin board is a different taxing authority than the water district board.

“If the boundary was modified, it would change how newly incorporated areas would levy taxes, based on a preliminary understanding of the bill” Cooley said. “The Big Cypress Basin has a different taxing authority than the South Florida Water Management board.”

The hope of some is that the new plan would allow the money levied from Lee County residents to remain in Lee for its flood control and water quality projects.

“The benefit is to allocate resources at the disposal of the Big Cypress Basin to portions of Lee County,” Roland Ottolini, the county’s natural resources director, said. “Perhaps it would increase the level of service for flood protection and water supply, the main mission the South Florida Water Management District is involved with.”

The county has completed its own flood protection masterplan addressing the southern part of Lee, but Ottolini said that could ultimately be included in any expansion of the basin board.

“There could be some opportunities to partner with the basin in construction of those projects (in the masterplan),” he said. “Regional type projects that follow their current mission.”

Dan DeLisi, a former basin board chair, said the expansion would benefit residents in Lee. Big Cypress Basin has a field station located in Collier County with equipment used for canal maintenance and other flood protection work.

“We didn’t really have access to that type of equipment,” DeLisi said. “If the expansion happens, the field station just south of us – you can see instances where that station could send equipment into the Estero River to clear debris that causes flooding. That’s where the district operates best.”

Roman said the district is analyzing the legislation and monitoring the bill.

“As far as we are concerned, we respect the legislative process and feel it will always act in the best interest of the constituents,” she said.

Collier County commissioners are set to establish a position on Rodrigues’s efforts to expand the basin during its Tuesday meeting.

Coronavirus deaths rising in 30 US states amid winter surge

Dutch government wipes out debt for parents in fraud scandal