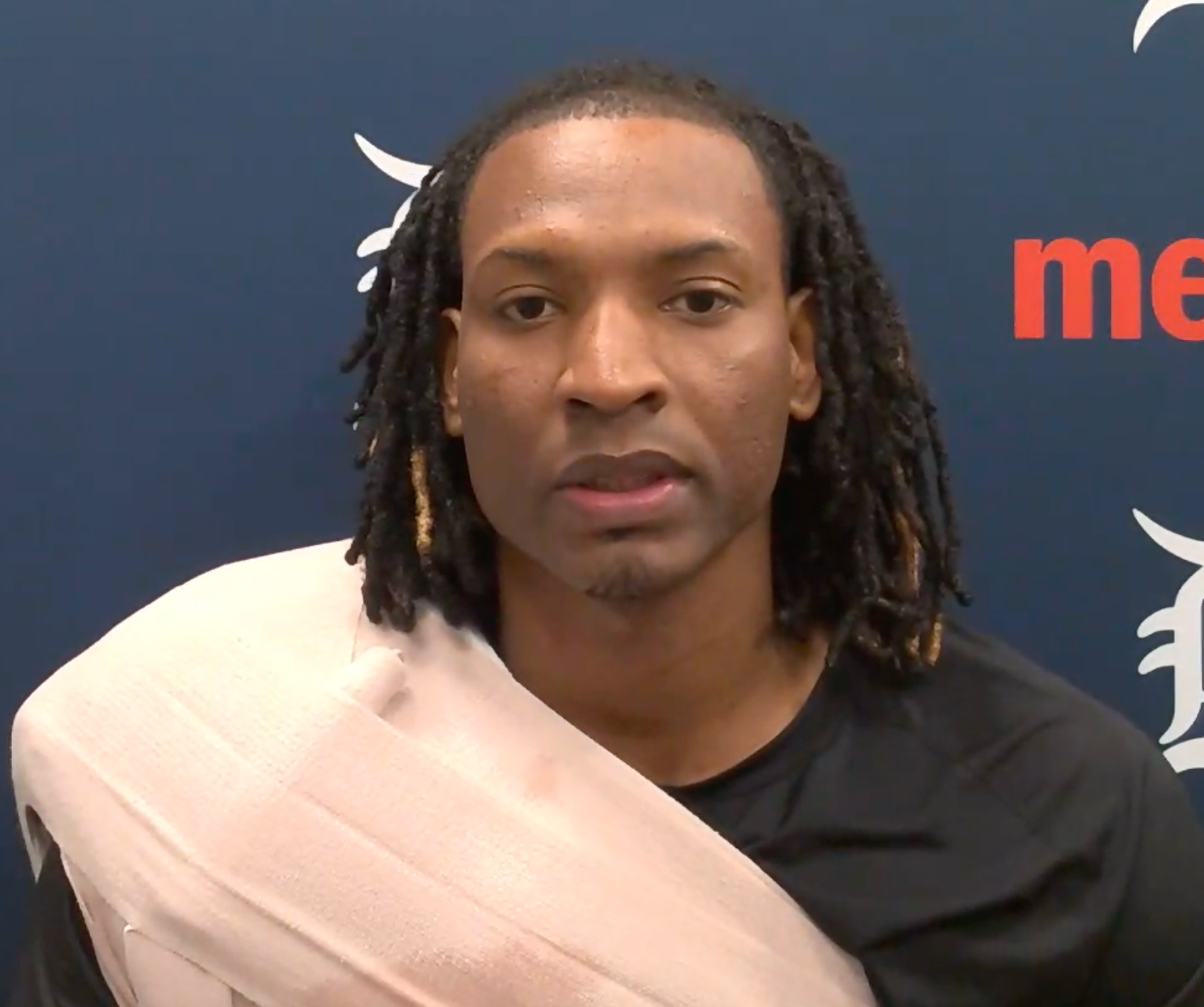 The Tigers were kicking and throwing the ball around behind him — five errors in the first five innings. For most of the game, the Tigers had more errors on the board than runs and hits combined.

But Ureña, with his high-velocity sinker and heavy slider, kept getting ground balls and double-play balls and working out of trouble and keeping the Tigers in striking distance.

And finally the Tigers’ struck.

And RBI double by Wilson Ramos and a two-run home run by Niko Goodrum triggered a three-run seventh inning and vaulted the Tigers to a 5-2 win over the White Sox Tuesday.

“The guys never gave up behind me,” said Ureña, who won his first game since signing a $3.25 million deal with the Tigers this offseason. “All the time they were still up, they were still focused. We gave up a couple (errors) but we kept attacking and we kept playing the game.”

The win snaps a five-game losing streak, and a nine-game drought against the White Sox.

“Our mentality has been good,” manager AJ Hinch said. “It’s been frustrating and you try to stay in the moment. We talked before the game about not dragging that mess of a homestand into this road trip. It didn’t have anything to do with today’s game.

“We haven’t been down in the dugout. It’s been a group of guys getting after it, just not finding success. A win like today, though, was something this team needed.”

Until the seventh, all the Tigers got off White Sox ace Lucas Giolito was a 445-foot home run by Miguel Cabrera in the first inning. The 94-mph fastball left Cabrera’s bat with an exit velocity of 110 mph. It was career home run number 489 for Cabrera.

But things came undone in the seventh, though. After Giolito walked Willi Castro, rookie Akil Baddoo grinded out a nine-pitch at-bat before flying out. Giolito was extended over 100 pitches when the fireworks started.

Ramos doubled to the right-center gap and Goodrum hit the next pitch off the top of the right-field wall and over, for his third homer of the year.

“Willi led off with a tough at-bat,” Hinch said. “You’re in swing-mode wanting to do so much to get the team going. But he drew that walk and then Baddoo had an incredible night, very productive at-bat.”

White Sox manager Tony La Russa was booed by the fans at Guaranteed Rate Field when he finally took Giolito out after 114 pitches.

Jonathan Schoop, had gone 0-for-3 in his previous at-bats with two strikeouts, slammed a 1-2 change-up 419 feet on a line into the left-field seats to give the Tigers a three-run cushion in the eighth.

But make no mistake: The real hero on the night for the Tigers was Ureña. Despite all the shenanigans behind him, he continued to make quality pitches through seven innings.

First inning: Tim Anderson and Adam Eaton singled and were on first and third when Anderson scored on a missed throw at third by Jeimer Candelario. Ureña made a pickoff throw to first. When Anderson danced off the bag at third, first baseman Jonathan Schoop made a strong throw across the diamond, but it somehow got past Candelario.

Ureña limited further damage by getting Jose Abreu and Yermin Mercedes to ground out.

Second inning: Ureña got three ground ball outs after he muffed ground ball and Willi Castro’s soft throw to first on the carom was late.

Third inning: A throwing error by Candelario, who made a nice play going to his left to snag the ground ball, allowed Adam Eaton to score from second. But Ureña got a double-play grounder from Yasmani Grandal to strand Yoan Moncada at third.

Fourth inning: After an error by Schoop, Ureña got Leury Garcia to ground into a 6-3 double-play.

Fifth inning: After a leadoff walk and an error by Willi Castro, Ureña got a fielder’s choice ground out from Moncada and got Abreu to hit into a 5-4-3 double-play.

In his seven innings of work, Ureña induced 10 ground ball outs, four of them double-plays.

“The team needed a win in any way,” Hinch said. “It wasn’t pretty, but it doesn’t have to be if you stay in the fight and continue to throw punches when you can.”

Jose Cisnero and Gregory Soto finished it off in style. Cisnero, firing 98-mph fastballs and 91-mph sliders, struck out three around a single and a walk in the eighth.

Soto, with the same combination of pitches (upper-90s heat and a 90-mph slider), closed it out with three ground-ball outs in the ninth — the last a diving stop by Schoop at first — to earn his third save.