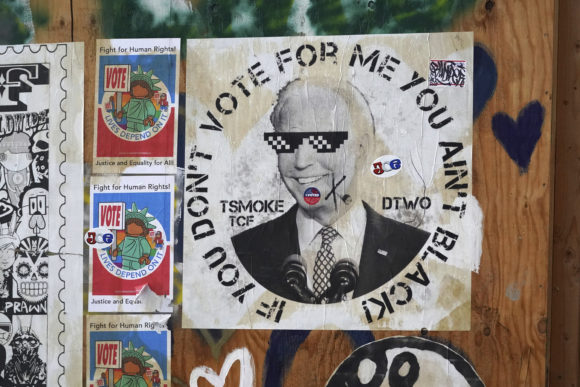 The boarded-up windows in shopping districts throughout the United States represent a reasonable assessment of risk in a nation that has already experienced historic damages from civil unrest and appears poised to erupt into violence again, executives for Verisk’s Property Claim Services said Thursday.

As elections officials continued to count votes, the only disturbances reported so far were relatively mild compared to the estimated $2 billion in losses that resulted from mayhem in June, after the death of George Floyd at the hands of Minneapolis police.

But PCS leader Thomas R. Johansmeyer said the right spark can set off another round of massive street demonstrations that can quickly devolve into random destruction.

Johansmeyer said the wrong comment from one of the candidates, coupled with the wrong set of circumstances, can set off that powder keg.

“In a close, highly contested election where there’s some ability for one candidate or the other to make it look like there was some kind if impropriety, the folks who feel targeted by that statement might feel disenfranchised.”

Johansmeyer said riots might seem to erupt spontaneously, but first they simmer. He said they stem from a broad sentiment, involving a wide array of social issues, and resentment about perceived wrongdoing. Outside agitators have little chance inciting violence. Riots erupt internally, he said.

“This notion that you can just lay a match and the world goes crazy, in order for riots to get big a lot has to go in the same direction at the right time.”

Johansmeyer said empty political blather won’t be enough to set off violence; there would have to be some solid evidence of an injustice to get people out on the streets.

It may be significant, then, that ballot counting in the presidential election was expected to continue on Friday with results for Pennsylvania, North Carolina, Georgia, Arizona and Nevada still unknown late Thursday.

“Everybody is sitting and watching,” Johansmeyer said. “Once a decision gets called and actions begin taking place, is when the risk of riot and civil disorder starts increasing.”

In the meantime, at least a few were trying to riot, with limited success. The Associated Press reported that 14 were arrested during a disturbance that started Tuesday night in Minneapolis. Protestors blocked intersections in the Uptown neighborhood, set fires and threw traffic signs and debris into streets.

In Portland, Ore., Gov. Katherine Brown activated the National Guard — again — after rioters damaged stores and a church near Chinatown. At least 10 people were arrested.

Neither Johansmeyer nor PSC Operations Director Ted Gregory would say whether a Joe Biden or a Donald Trump win would set off the most unrest. CNN news host Anderson Cooper and panelist Rick Santorum offered their own opinions on the matter during Wednesday’s telecast. Santorum said New York businesses didn’t board up their windows to keep Donald Trump supporters from looting. Cooper asked Santorum if he isn’t “scared about, like, armed white Trump supporters wandering around cities they don’t live in,” according to a report by Business Insider.

“The owners of these businesses, they will know when the time is right to take down the mitigation measures,” Gregory said.

And weeks after the results of the election are finally known, Johansmeyer said you can count on at least some things returning to normalcy.

“We’re coming up on holiday season,” he said. “There is nothing more resilient than a consumer in December.”

About the photo: Boarded up businesses and store fronts on Election Day, Tuesday, Nov. 3, 2020, in Santa Monica, Calif. Kirby Lee via AP)