Guillem Balague thinks Antoine Griezmann is leaving a bad taste in the mouth with his transfer game.

Griezmann revealed yesterday that it wasn’t the right time to announce his transfer despite coming to a decision.

And Balague said it was poor form.

“Whichever way, Antoine Griezmann will win because he will go to a top team,” said Balague.

“But it’s surprising and it’s leaving a bad image and a bad taste in the mouth the way he’s going about it.

“He promised that everything would be sorted before the World Cup, it’s not going to be the case. Remember from the first of July his buyout is €100m (£88m).

“He did it the previous summer where he wanted to go to Manchester United, everything was agreed, decided to stay, so we’re going to have to wait for his decision.”

Toby Alderweireld has dropped a hint he could stay at Tottenham despite interest from Manchester United.

Tottenham chairman Daniel Levy appears to be resigned to losing Alderweireld, who featured just 14 times in the Premier League last term due to a combination of injuries and contract talks.

Manchester United are thought to be ready to pay as much as £55m to bring the 29-year-old to Old Trafford.

But Alderweireld has suggested he could be open to staying in north London.

“Yeah, why not? I have two years left on my contract,” he said when quizzed about his future.

“I don’t know what is going to happen.”

Jurgen Klopp has reportedly instructed the Liverpool board to give up trying to sign Roma star Alisson Becker.

Alisson has been continually linked with a move to Anfield, although Roma have valued him in excess of £70million and they are still smarting from selling Mohamed Salah last summer for less than £40m.

Reports had suggested that the Merseyside giants had lodged a £60m bid, but that doesn’t appear to be the case.

And according to the Daily Mirror, Klopp has no desire to pay anywhere near what Roma are asking for.

Instead, he will turn his attention elsewhere in order to strengthen between the sticks.

Rose out of Mourinho’s plans

Manchester United boss Jose Mourinho is no longer in the hunt for Tottenham defender Danny Rose, according to reports.

Rose was rumoured to be a target for United and it was claimed he was keen to make the move to Old Trafford.

Mourinho has already started his transfer business this summer and has brought full-back Diogo Dalot to the Premier League side.

And The Telegraph report that the Portuguese boss is no longer after full-back options.

That seemingly signals the end of interest in Rose, who is preparing for the World Cup with England.

Chelsea could be offered Gianluigi Donnarumma by AC Milan in a sensational swap deal involving Alvaro Morata, according to reports.

Milan have grand designs on trying to land Chelsea striker Alvaro Morata who had a turbulent debut campaign at Stamford Bridge.

Reports have suggested that the Rossoneri are waiting to hear whether or not they will get approval from UEFA over their finances before pursuing a deal.

The Blues are hoping to recoup as much of the £70million they paid to bring Morata to west London.

And now according to Italian paper Corriere dello Sport, the San Siro outfit are proposing a tempting swap deal.

The report suggests they are willing to get round their tricky situation by offering Donnarumma as bait in order to get their hands on Morata. 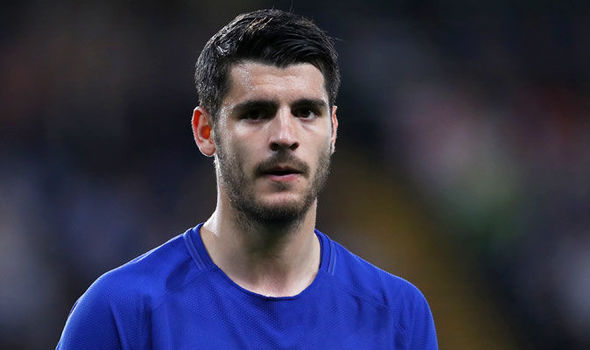 Alex Rae has urged Rangers manager Steven Gerrard to sort out the Ibrox defence before looking at attacking options.

“Offensively, Rangers were the top goalscorers in the league last season, so if they keep the back door locked they can mount a challenge,” Rae told Express Sport.

“Regardless of how many goals you score going forward, if you’ve not got the back door shut it all becomes rather pointless.

“It’s paramount to have a solid backline.

“Anyone watching Rangers last year would have seen the centre-half position was constantly chopping and changing.

“So it will be important for Goldson and Katic to strike up a partnership. That’s something Rangers have lacked for a while. You need defensive stalwarts.” 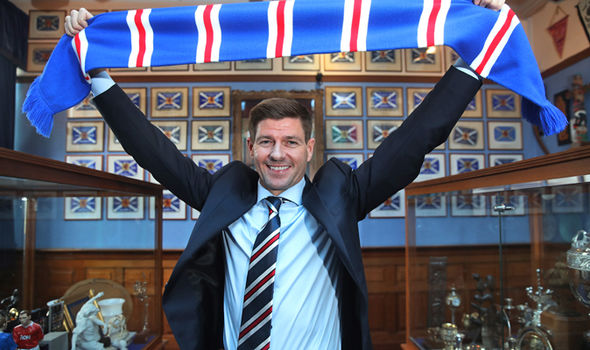 Steven Gerrard has been urged to sort out the Rangers defence

Lionel Messi has refused to discuss his future plans ahead of the World Cup.

He said: “I don’t want to speak about my future.

“For now I’m only concerned about the present and doing the best I can in this World Cup.

“For Argentina the World Cup is special and it’s a big dream to lift the cup again.

“For me it would fulfil a childhood dream and so you can be sure I will give it everything.”

Arsenal are determined to sign a new goalkeeper this summer, David Ornstein has revealed.

The Gunners have already landed two defenders during the off-season and are closing in on Lucas Torreira of Sampdoria. 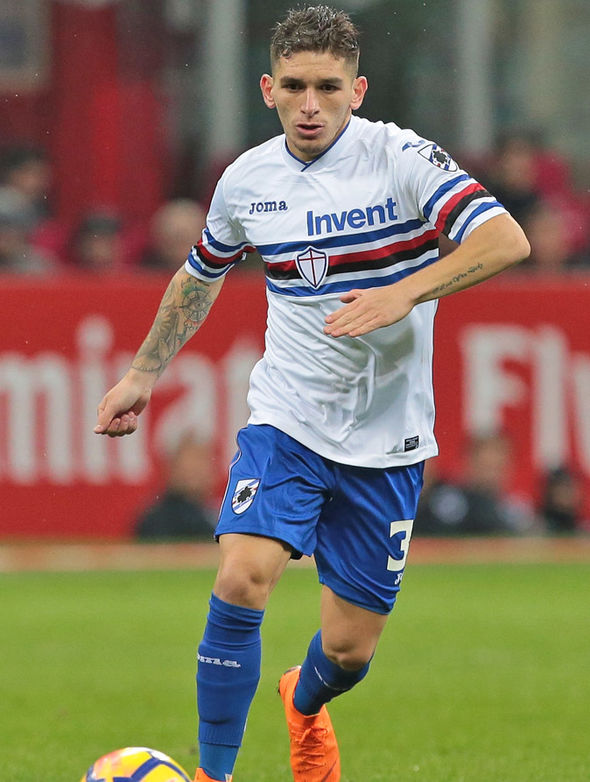 United goalkeeper De Gea has been tracked by Real officials this summer.

Lopetegui will join Real Madrid after Spain’s World Cup campaign is over, the club have confirmed.

And one of his first jobs as new manager will be to sort out Real’s transfer plans.

According to the Daily Mail, the two big decisions for Lopetegui will be regarding De Gea and Gareth Bale.

Lopetegui is a big fan of De Gea and will likely start the 27-year-old in all of Spain’s games in Russia this summer.

That is according to the Guardian, who claim the anger could cost as much as £62m this summer.

Liverpool appear to have missed out on Thomas Lemar, who is due to join Atletico Madrid, while a deal fro Nabil Fekir has stalled.

It is claimed 20-year-old Chiesa is available at the right price. 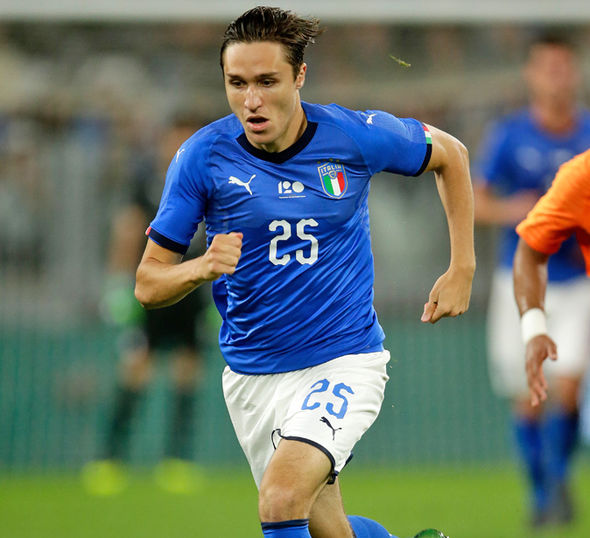 Spanish newspaper SPORT have hit out at Real Madrid for the timing of their appointment of Spain boss Julen Lopetegui.

Lopetegui will join Real Madrid after the World Cup.

But the news hasn’t gone down well in Spain.

“The consequences of it can be disastrous for the Spanish team,” wrote Lluis Miguelsanz.

“What is clear is that Lopetegui has been negotiating his future as a new white coach while preparing for the World Cup, something that is ethically already reprehensible.

“There is no doubt that the coach has all the right in the world to train whoever he wants, but his standing is questioned by the proximity of the start of the competition.

Arsenal have been frozen out of a deal to sign Thomas Lemar after Atletico Madrid reached an agreement with Monaco over the winger.

Arenal tried to sign Lemar last summer and were seeking a deal this month after the initial agreement broke down.

But the Gunners appear to have lost out to Atletico.

L’Equipe claim and agreement between the Spanish club and Monaco has been reached.

Lemar is currently in Russia with the France national team preparing for the World Cup. 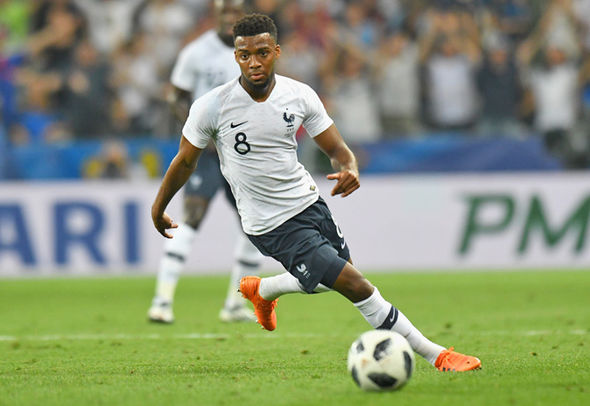 Huddersfield Town and Wolves have completed signings this afternoon.

The Terriers have landed Egypt star Ramadan Sobhi from Stoke.

And Wolves have signed Raul Jimenez on loan from Benfica for the 2018/19 season.

Speculation over who will become Spain’s new manager has already started.

Julian Lopetegui will leave his post to join Real Madrid after the World Cup.

And Mundo Deportivo claim six contenders are on the list to replace Lopetegui, including Chelsea target Luis Enrique. 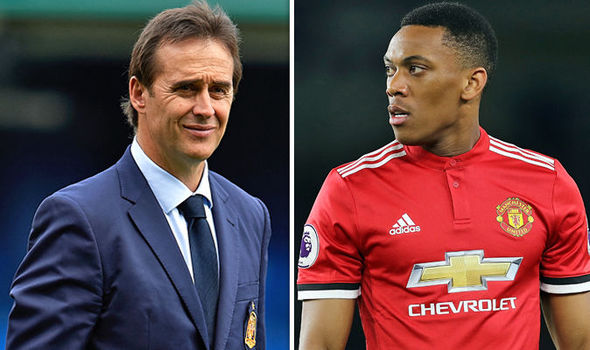 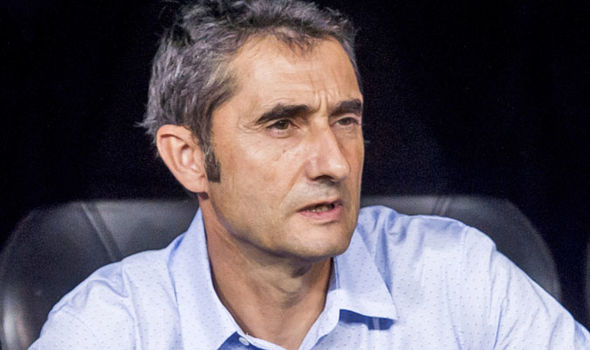 Julen Lopetegui has been appointed as Real Madrid’s new manager.

The Spain head coach will join up with his new club after the World Cup.

“Julen Lopetegui will be the Real Madrid coach after the celebration of the 2018 World Cup,” a statement from Real read.

“Real Madrid C. F. announce that Julen Lopetegui will be the coach of the first team during the next three seasons.

“Julen Lopetegui will join the club after Spain’s participation in the World Cup, after two years leading the national team.”

Lopetegui, 51, played briefly as a goalkeeper for Real during his footballing days and also spent three seasons at Barcelona. 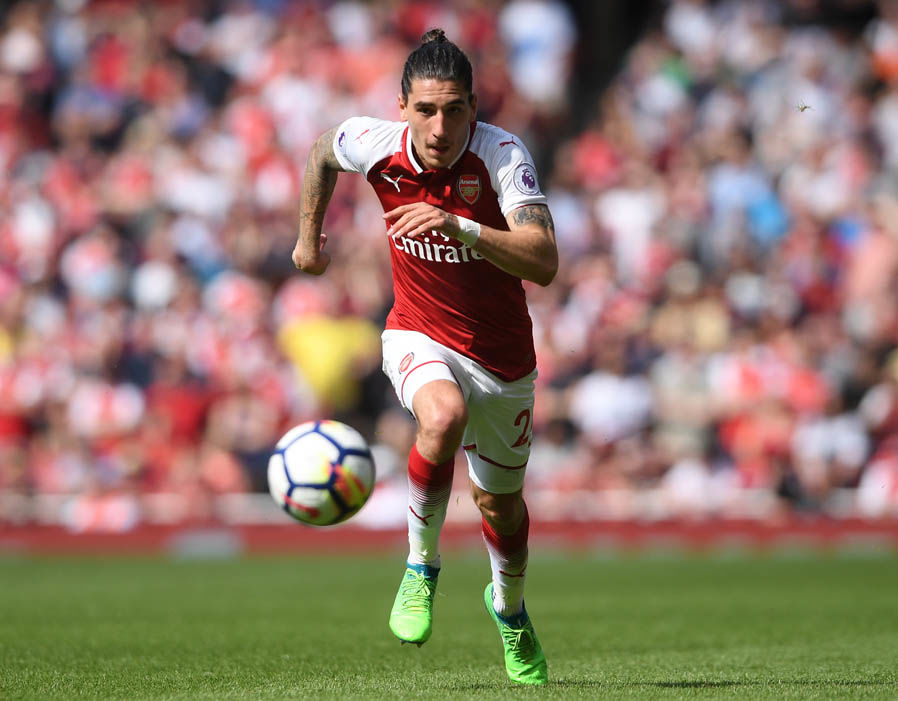 Anthony Martial could be set to leave Manchester United for Tottenham.

That is the revelation this afternoon as bookmakers slash their price on the transfer happening this summer.

Jose Mourinho is tipped to axe Martial as he eyes another forward signing.

Spurs have been linked in the past and now bookies Coral have cut his odds from 5-2 to 2-1 to join Spurs. 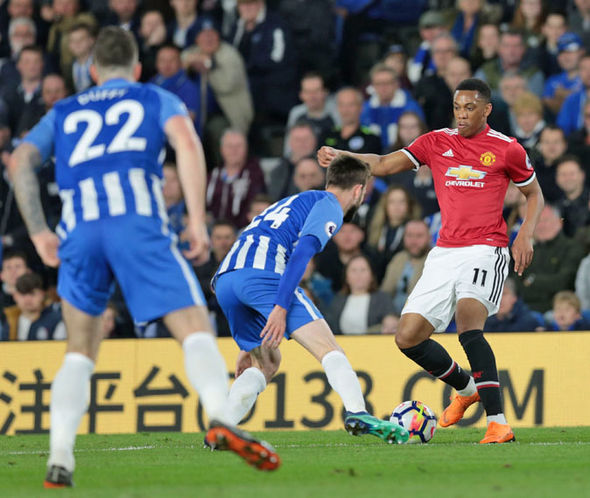 Jack Wilshere remains a “big issue” for Unai Emery that the Arsenal manager must sort out.

Wilshere’s contract expires at the end of June and Emery is yet to lock him into a new deal.

The England midfielder could leave the club for nothing and former Arsenal striker Paul Mariner says that’s not good news.

“The worrying thing about this is that Jack’s stalling now,” Mariner told ESPN FC.

“So obviously his contract ends in about three weeks time, couple of weeks time.

“For Arsenal not to have got him locked in, signed up, sorted out, that’s a big issue. So it seems as though his agent is calling around.”

Grealish was one of the driving forces in Villa’s push for promotion this season, which eventually failed as they lost the Championship playoff final to Fulham.

And TEAMtalk reckon Chelsea are prepared to swoop in with a bargain £30m bid for Grealish.

Villa want £40m for their playmaker but may have to accept the Blues’ offer if no other suitors are found. 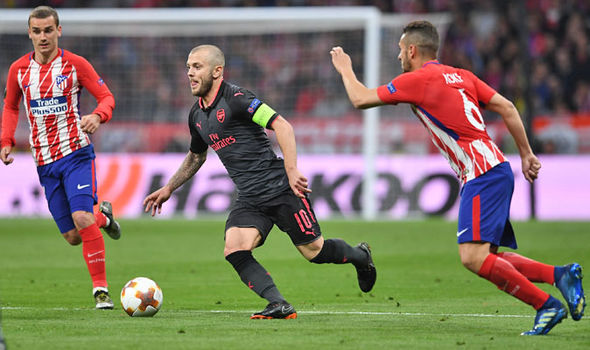 Liverpool have five alternative targets if a move for Nabil Fekir fails.

Fekir was supposed to sign with the club last week but a deal is yet to be finalised.

And Sky Sports claim five men are available to the Reds if they decide to change their strategy.

Bayer Leverkusen’s Julian Brandt is one, with a valuation of £36.

The report claims PSG’s Julian Draxler and Christian Pulisic of Dortmund are also on the manager’s wish list, with respective prices of £31.5m and £40.5m.

And Monaco gem Thomas Lemar, who almost signed for Arsenal last summer, completes the list with a valuation of £58.5m.

In the Know: Is a new Baby Publix coming to SWFL? And the latest on old Lucky’s locations