Two Fort Myers residents were killed and a LaBelle man seriously hurt in a two-vehicle crash along Palm Beach Boulevard on Monday afternoon.

A pickup driven by a 74-year-old Fort Myers woman was trying to turn west onto Palm Beach from 11161 Palm Beach.

Troopers said a sedan being driven east in the inside lane of Palm Beach by a 20-year-old LaBelle man violated the right of way of the pickup.

The front of the sedan hit the left side of the truck, forcing it to overturn.

The pickup’s driver and 75-year-old male passenger were killed at the scene, troopers said.

The sedan’s driver was  taken to Lee Memorial Hospital.

The crash remains under investigation. The deaths are the ninth and 10th traffic fatalities in Lee County this year. 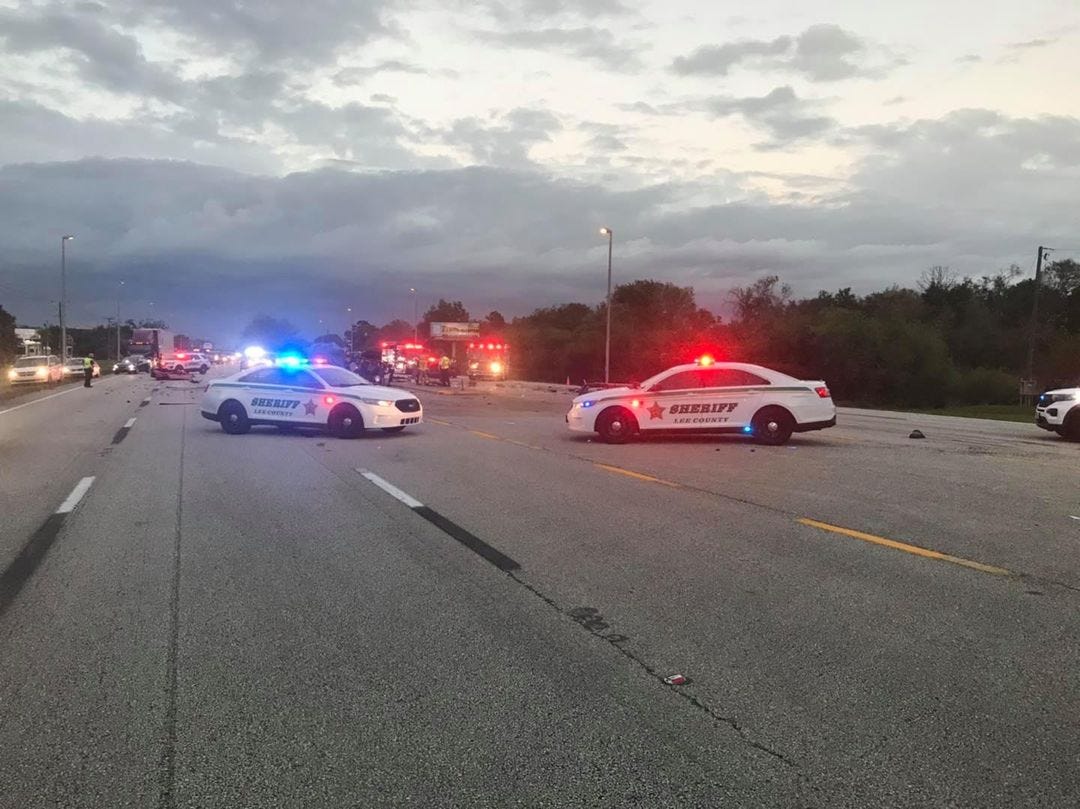