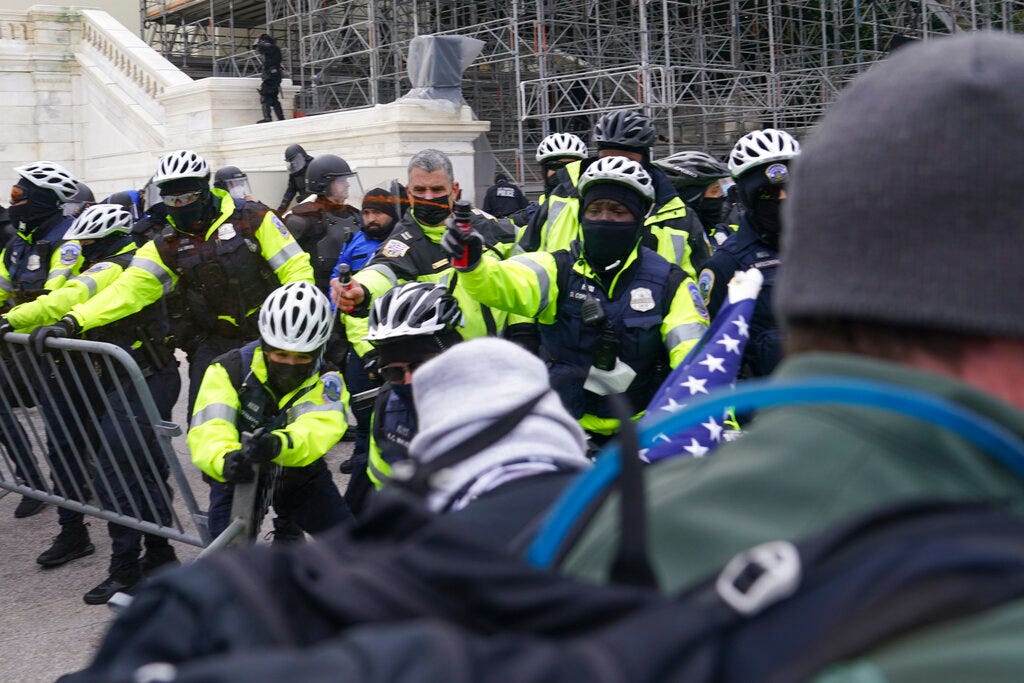 Washington – The Capitol Police force was hobbled by inadequate intelligence gathering ahead of the Jan. 6 siege, the department’s watchdog told Congress on Monday, alarming lawmakers who are concerned for their own safety amid rising threats against members of Congress.

Capitol Police Inspector General Michael Bolton testified in the first of three House hearings this week on what went wrong during the Jan. 6 insurrection. Lawmakers are investigating the riots as they contemplate overhauling security, and Bolton has recommended that the Capitol Police create a new stand-alone division that would gather intelligence about threats and protect members similar to the way the U.S. Secret Service protects the president.

Many lawmakers are receiving threats and worry for their safety after the U.S. Capitol was so easily breached on Jan. 6 by supporters of then-President Donald Trump who wanted to overturn the election. The rioters were hunting for lawmakers, calling out House Speaker Nancy Pelosi and then-Vice President Mike Pence by name as they roamed the building and members fled the House and Senate. In a statement Friday, the Capitol Police said that there has been a 107% increase in threats against members of Congress this year compared to 2020 and “provided the unique threat environment we currently live in, the Department is confident the number of cases will continue to increase.”

A new inspector general report, one of several Bolton is preparing in response to the insurrection, said the department “has experienced issues” because of the increase in threats over the last five years and recommended the force hire more agents who are dedicated to assessing threats. Bolton said there were multiple deficiencies that led to a lack of communication and guidance ahead of the siege.

“A stand-alone entity, with a defined mission dedicated to countersurveillance activities in support of protecting the Congressional Community, would improve the Department’s ability to identify and disrupt individuals or groups intent on engaging in illegal activity directed at the Congressional Community and its legislative process,” the report says, according to a summary released by the House Administration Committee ahead of the hearing. Bolton has not released the full report.

Bolton told the panel that the Capitol Police is in the process of opening up two regional offices so it can better protect lawmakers at home. The department confirmed that on Monday, saying they will be opening up offices in San Francisco and Miami.

Illinois Rep. Rodney Davis, the top Republican on the committee, said he hopes they open up more offices around the country and prosecute more people who are making the threats. He noted that he has received threats himself – a man was arrested in 2019 for threatening to shoot him.

“So I know firsthand that these threats are real, and that the people making these threats intend to act on them,” Davis said. “I do believe a truly more aggressive enforcement stance, more arrests and more prosecutions of those who make violent threats and intend to carry them out would be a very strong deterrent.”

The House is also scheduled to hear this week from former acting Defense Secretary Christopher Miller, who will testify about his role in approving National Guard troops during the insurrection. The troops did not arrive until several hours after the riots began, a subject that has attracted intense interest in Congress.

Miller is expected to appear Wednesday before the House Oversight Committee alongside former acting Attorney General Jeffrey Rosen and District of Columbia Police Chief Robert Contee III. All three were part of frantic meetings that day as Capitol Police begged for backup.

Army and Pentagon leaders have repeatedly denied any efforts to delay the Guard response. Miller denied in a Vice News interview in March that the response was unduly slow, saying, “It comes back to understanding how the military works.” He said “this isn’t a video game,” adding “it’s not ‘Black Ops Call of Duty.’”

The House Administration Committee will also hear this week from Christopher Failla, the inspector general for the architect of the Capitol, who is one of three officials sitting on a board that oversees the Capitol Police.


Rep. Rosa DeLauro, a Connecticut Democrat and chair of the House Appropriations Committee, said last week that a $2 billion supplemental spending bill that the House is expected to take up soon will have a focus on increased training, intelligence analysis and capabilities for the police force.