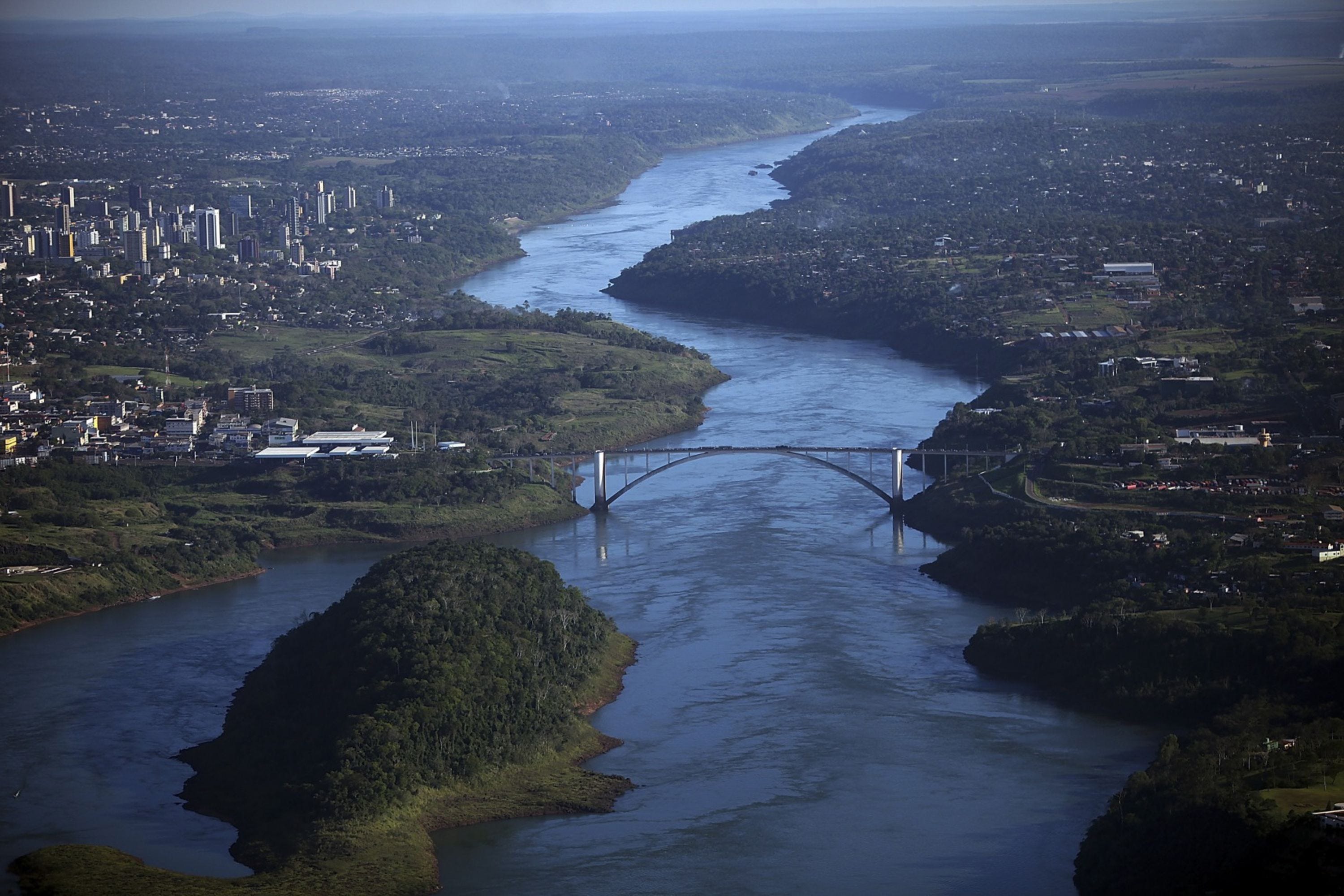 The South American drought that’s helping push corn and soybean prices to multiyear highs isn’t just threatening crops, but also the ability to haul them on waterways that are drying up.

On the increasingly shallow rivers that flow through top producers Brazil, Argentina and Paraguay, barges are carrying less than their usual load. The situation is so desperate in Paraguay that the country is asking neighboring Brazil to release water from the giant Itaipu hydroelectric dam, after vessels have run aground and logjams are forming in river ports because barges can’t move. In a key Argentine leg of the 3,000-mile Parana River, uncertainty over dredging work could make it even harder for farmers to ship their harvests.

The region’s waterway crisis highlights the growing impact of a warming climate on global agricultural supplies that’s raising the specter of food inflation at a time of rampant demand led by China. The situation is bound to get worse because the dry season has just started. Argentina, the world’s top exporter of soybean meal for livestock feed and soybean oil for cooking, ships about 80% of its crops through rivers. In landlocked Paraguay, the region’s third-biggest soybean producer, roughly 80% of the country’s trade moves through inland watercourses.

“This will be a difficult year for navigation,” said Esteban dos Santos, head of the Shipowners Association of Paraguay, where the world’s third-largest river-barge fleet after the U.S. and China is moving on waters that are 10 feet  lower than usual. “Navigation channels are getting smaller and shallower every day.”

Near the Yacyreta hydroelectric dam in Paraguay, barges loaded with soybeans for export are stranded. The water depth of the Parana River there needs to reach at least 3.1 feet for them to proceed, but it’s currently at a third of that, Dos Santos said. Dryness has halted navigation since early April.

Similar logjams are forming in other parts of the country. The basin comprising the Parana and Paraguay rivers and their tributaries derives its water mainly from sources in Brazil’s Center-South region, where the drought is pushing up prices for everything from corn to coffee and sugar.

Even in stretches where vessels are moving, they are carrying less load to reduce their draft. In Rosario, a key Argentine shipping hub on the Parana where large ships load crop exports before heading to the Atlantic Ocean, water levels are expected to drop to about 3.8 feet this week. The historical average for this time of the year is 3.58 meters.

The situation is getting worse every year because of consecutive droughts in Brazil, with insufficient rains during the wet season to replenish the rivers.

“It’s going to be really difficult,” said Guillermo Wade, manager of port group CAPyM in Rosario. “We’re going to have shallow water levels that are going to affect the possibility of loading ships with lower drafts.”

A decrease of a foot in the maximum ship draft – the vertical length that sinks underwater – represents a loss of 1,800 to 2,200 metric tons of load capacity, depending on the ship, according to Wade.

To make matters worse in Argentina, dredging in the Parana River is on the verge of a crisis. A government contract with a joint venture led by Jan De Nul NV, the Belgian company that does the excavation in the riverbed and has been working overtime during the dryness, is expiring this month and there’s no clear plan to extend or replace it. Dredging workers are considering going on strike to protest the uncertainty.

The waters that feed the Paraguay and Parana rivers flow south from the Brazilian states of Mato Grosso, Mato Grosso do Sul, Minas Gerais and Sao Paulo. In Sao Paulo state, there’s been a precipitation shortage every wet season for the past 13 years, with rains in the first quarter of this year reaching only half of the expected volumes, according to data from Brazil’s weather and climate center, known as CPTEC.

In Mato Grosso, key areas that feed the basin have had below-average precipitation for a decade. In Mato Grosso do Sul and Minas Gerais, it’s been similar.

Last year, Argentina had to ask Brazil to release water from the Itaipu dam into the Parana River to increase water volumes that hit the lowest level since 1989. It sends most of its crops to sea ports by truck or train, and soybean hauling on inland waters is more common in the plentiful Amazon basin in the north, but some of the country’s river transportation is being affected by the drought.

In Corumba, near the southern border with Paraguay, where iron-ore giant Vale SA uses watercourses for exports, barges are navigating with 20% less load because of the shallowness. The problem won’t be easy to overcome and crop markets will likely have to brace for logistical headaches beyond this season’s harvest.


“Rivers can take one or two years to recover, depending on the rains,” said Francisco Catarino, a partner at river logistics firm FJLC Consultoria in Sao Paulo.