Novi — The debate about what was known, when it was known and who knew it, is immaterial now. We’ll never know everything, but we know enough.

Bo Schembechler had to know team doctor Robert Anderson was committing heinous acts, even if Schembechler didn’t fully comprehend it, or didn’t want to fully comprehend it. It doesn’t matter any longer what’s provable. The words and emotions of Matt Schembechler, one of Bo’s sons, and two former Michigan players, Daniel Kwiatkowski and Gilvanni Johnson, were graphic and consistent Thursday, and their stories of the doctor’s abuse were filled with horrific details.

There’s no simple way to end the shame for Michigan, which employed a man committing despicable acts under the guise of medical care for nearly 40 years. There are ways to express contrition and compassion and accept responsibility, and not merely by writing checks to as many as 850 victims.

Schembechler’s statue outside Schembechler Hall has become the primary symbol of absolution, so go ahead and take it down. And then let’s make a pledge to stop erecting statues of people we admire for their public accomplishments, unaware of their private flaws.

And then let’s not pretend the removal rectifies the wrongs. Notably, the victims aren’t advocating the statue’s banishment, perhaps recognizing you can erase mementos, not memories. The lawyers carefully avoided talk of demands and lawsuits, while involved in mediation representing hundreds of alleged victims. It’s their job to care less about a lump of bronze than an appropriate settlement for their clients, and that’s not meant to be cynical.

But truly, Schembechler’s legacy is the last target standing, the last pressure point, and it’s being dismantled whether the statue comes with it. Anderson is dead. So is former athletic director Don Canham. So are many of the university administrators who failed to handle early complaints concerning the doctor.

Bo Schembechler died in 2006 and can’t defend himself, and I have no idea how he’d explain it. Those who saw one side of him – the demanding, respected leader — say if he knew the depths of it, he’d have stopped it.

In the absence of physical evidence, it comes down to logic and belief, and the victims speaking Thursday were eminently believable. Outside of a large financial settlement, the most-telling statement of remorse from the school would be distancing itself from its legendary coach and removing his name from the football building. That would be painful for the program, but just like with the statue, all options should be considered, all voices heard.

“I understand the reverence people have for my father, but I know the truth,” Matt Schembechler said at a news conference. “Anderson abused me and countless others over three decades. The culture of abuse at the University of Michigan has not changed and will not change until they acknowledge what happened. That’s the culture that made my father a legend and placed his statue in front of Schembechler Hall.”

It’s a culture pervasive in big-time sports, and Michigan follows the fault lines drawn by Penn State, USC, Ohio State and others. Too often, football becomes bigger than the school, and oversight easily slips. The Larry Nassar scandal at Michigan State was unconnected to football, but also spoke to lack of institutional safeguards.

Accounts of Anderson’s alleged molestation of students and athletes, dating to 1969, are astonishing, which perhaps made them difficult to believe.  Many are detailed in the WilmerHale 240-page report, commissioned by the school and released last month. It’s hard for some to set aside the kindly doctor façade. To others, Anderson was a monster in a white coat.

Editor’s note: This video contains graphic language. It may not be suitable for all viewers. 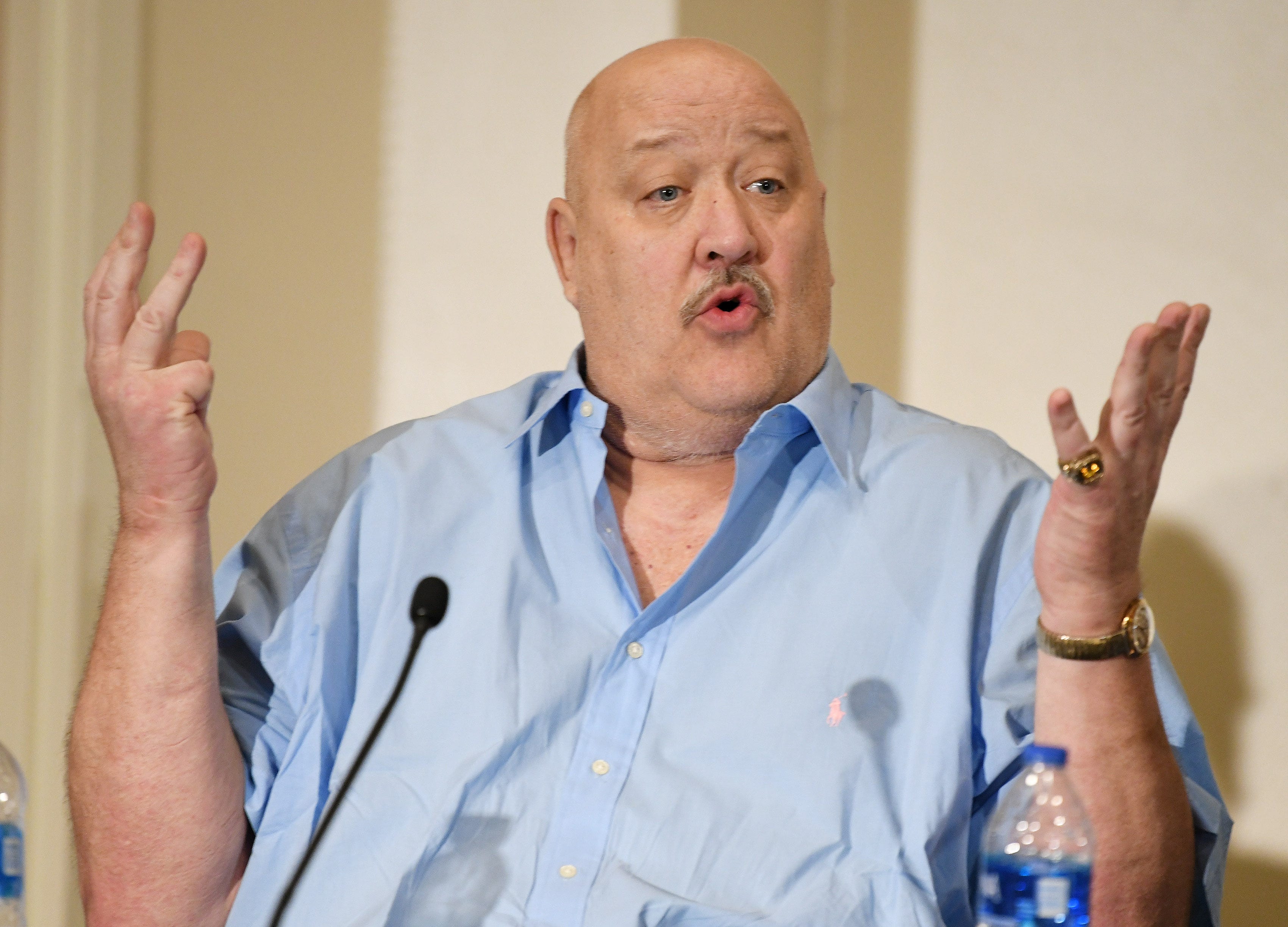 Former Michigan football player Daniel Kwiatkowski on Dr. Anderson. Note: This video contains graphic language and may not be suitable for all viewers.

Matt Schembechler, who was adopted after Bo married his mother Millie, said he had a horrible relationship with his father, but said that’s not the point of his revelations.

“I’m coming forward for my own healing and to help convince institutions not to exploit the trust, power and authority given to them,” Matt Schembechler said. “I sincerely hope, in some way, we’ll be protecting others, where Bo and the university failed to protect.”

Asked what the end goal is, attorney Mick Grewal talked generally of a stronger apology from the school and instituting measures to ensure this never happens again. As far as holding people accountable, it’s hard to find guilty parties since Anderson died in 2008.

“I don’t think it ever needs to be said again that Bo did not know,” Grewal said. “Bo knew. If Bo listened to his son, hundreds of victims could’ve been saved. This needs to change, our culture needs to change.”

Michigan has issued apologies from President Mark Schlissel and others, and it has pledged to install safeguards. But right now, all we have are words and ideas — and pending litigation — from all involved.

The victims’ voices quivered and tears fell as they spoke publicly for the first time about one of the ugliest violations a person can endure. Matt Schembechler described how he was anally probed as a 10-year-old in 1969 by Anderson during a physical for youth football. When he told his father, he said Bo’s rage included a punch to the chest and an admonishment never to bring it up again.

Their courage to speak was beyond impressive. Both were interviewed for the WilmerHale report but spoke anonymously. Into the glare they stepped Thursday, and their authenticity was profound.

“(Anderson) digitally raped my rectum multiple times,” Kwiatkowski said. “I kept telling myself there’s no way Bo would let something bad happen to us. After practice one day, I told Bo and he looked at me and he said ‘toughen up.’ Bo knew, and I knew then I was on my own and Bo was never going to protect us from Dr. A.” 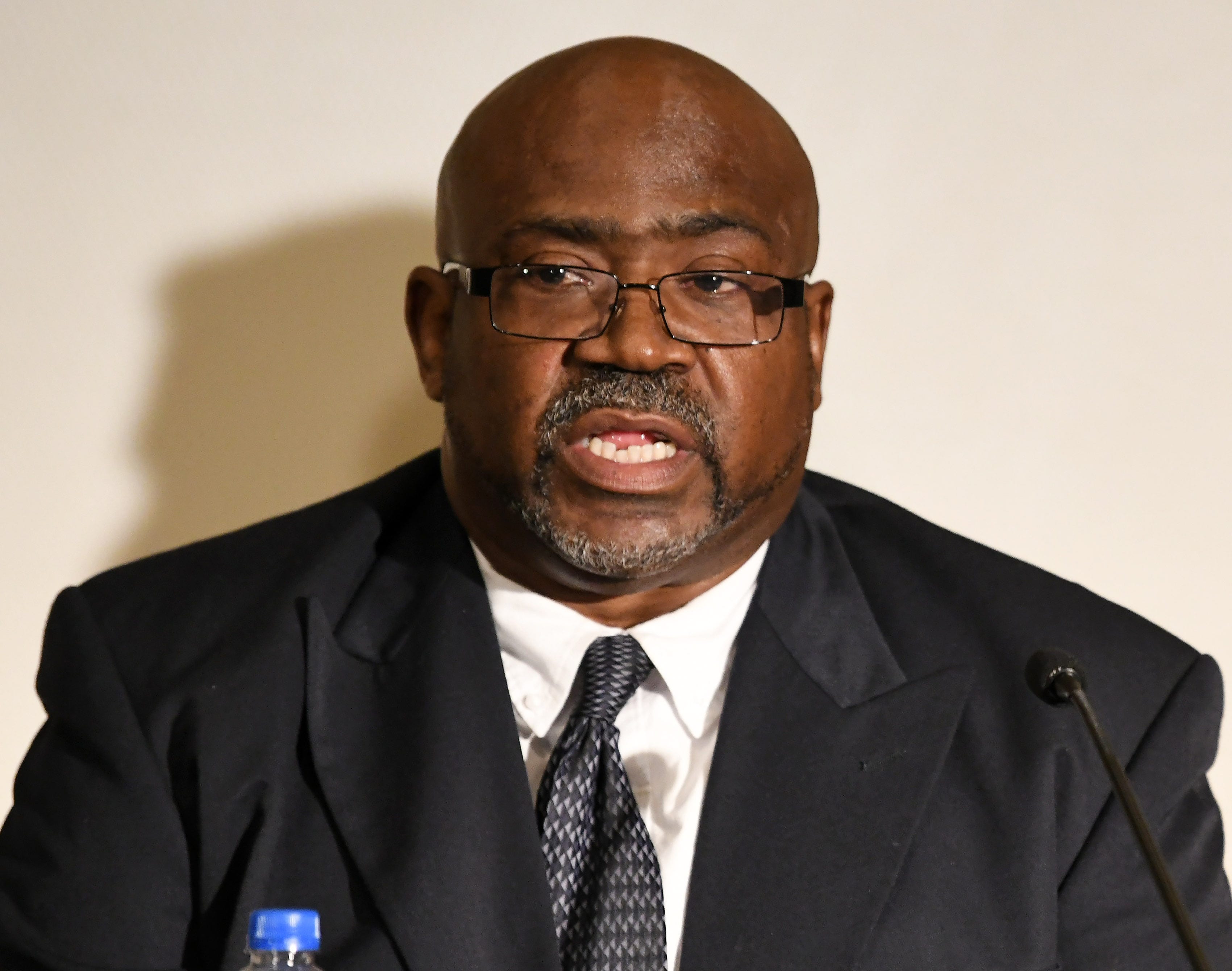 It’s hard to imagine a harsher condemnation than that. But then Johnson was asked who he blamed more, Anderson or Bo?

“Actually, I blame Bo,” Johnson said. “If he’d have done what he was supposed to do, (Anderson) would’ve been gone. And he wouldn’t have been able to do this to other players.”

Johnson said he felt humiliated at the time, and estimated he was violated 15 times. He said when he told Schembechler, the coach’s response was surprisingly dismissive. He also knew if he didn’t continue to see the doctor, he wouldn’t get cleared to play.

As a result of the psychological damage, Johnson said he became more promiscuous to prove he wasn’t gay. He struggled with relationships. Like other victims, he questioned what happened to him after abuse cases at Michigan State and Penn State emerged. He still was reluctant to go public but was bothered by something Jim Harbaugh said last week.

Asked how the university should handle Bo’s legacy, Harbaugh had said: “I can tell you this, Bo Schembechler, there was nothing that I saw the times that I was a kid here, my dad was on the staff, or when I played here, he never sat on anything, he never procrastinated on anything. He took care of it before the sun went down. That’s the Bo Schembechler that I know.”

Covering him for several years, the Schembechler I knew was alternately gruff and charismatic, and relentlessly competitive. He mellowed with age but never ducked confrontation, and although he had a volatile streak, he could be wildly entertaining and opinionated. I don’t profess to have known him any deeper than that.

Johnson, as well as former Michigan player Jon Vaughn, construed Harbaugh’s comments as a complete denial of Bo’s culpability. Others said Harbaugh was delicately trying to give his perspective based on his own experiences without commenting on anyone else’s.

Could Harbaugh have handled the question better and expressed sympathy for others? Absolutely. But he didn’t fully defend Bo, and in another odd turn, Matt Schembechler wanted it clear that Harbaugh was not part of the story, as he saw it.

“Don’t draw Jim Harbaugh into this,” Matt Schembechler said. “He deserves no negative feedback in this.”

This is not about Harbaugh, who gets heat for his 0-6 record against Ohio State more than anything. It should not be about scandal-shaming between rivals, which is disgustingly prevalent. It should be about the despicable Anderson, and it would be if he were alive.

It’s about the students and athletes victimized by someone who was supposed to protect them, and he instead was protected by the school. And yes, it’s about Bo and the statue and the legacy.


“That’s the university’s job to decide whether the statue comes down,” Johnson said. “It’s not in my control. I don’t want anything to do with that.”

Sadly, Johnson’s dismissive sentiment might become the prevailing judgment about Bo Schembechler, once considered larger than life. We learn, once again, nobody is.

Guest opinion: ‘This is your opportunity to make a difference’

Lightning, Tragedy and Lessons Learned about Safety and Awareness: A Look Back at One of Lightning’s Deadliest Strikes